13th Czech Armored Division destroyed the last brigade of German defenders,  allowing I Czech Army to secure the city.
Three division advanced beyond the Danube after forcing 10/4 mech Brigade to retreat, but were unable to push forward due to supply problems and fatigue. 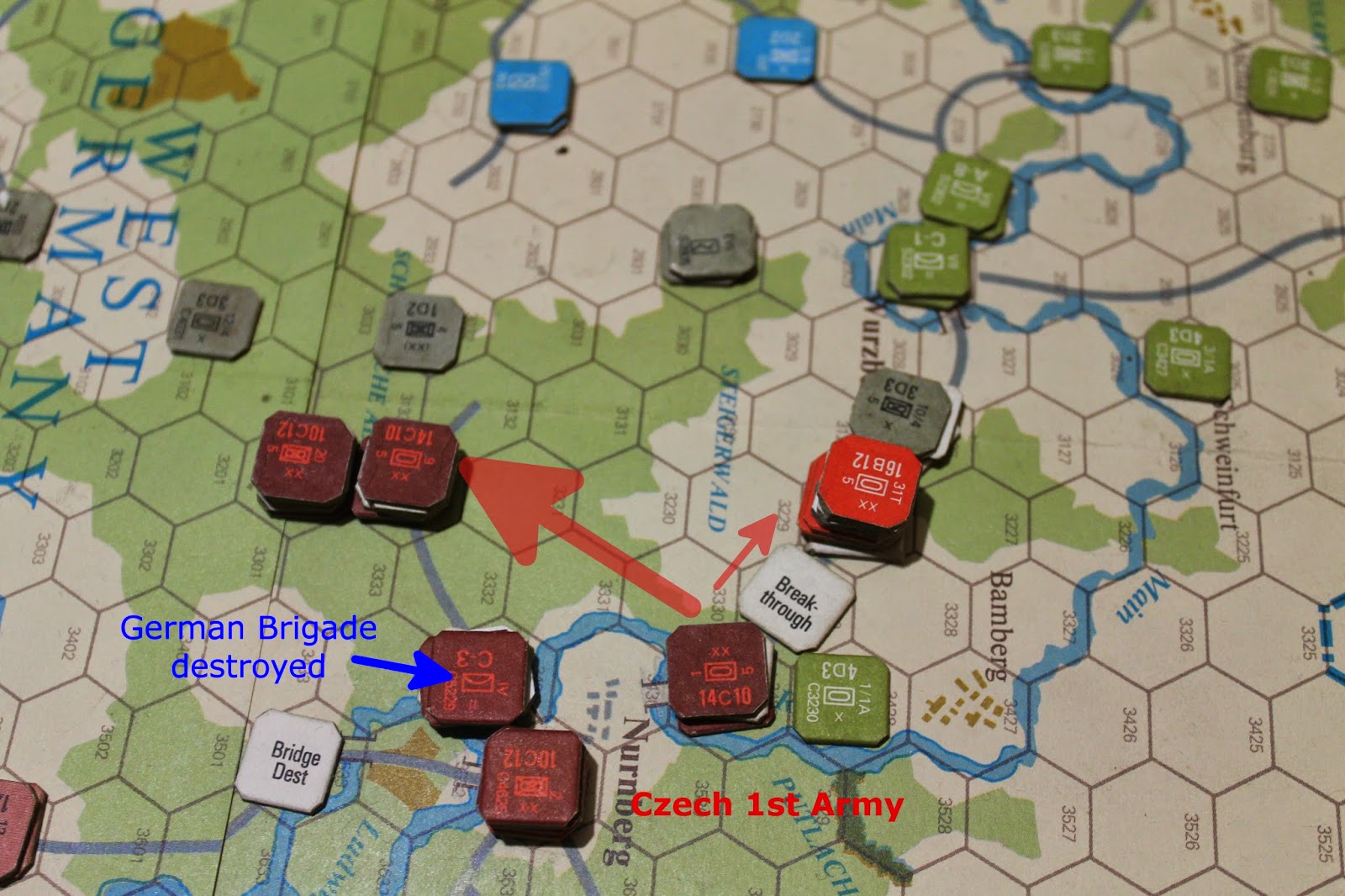 Two Hungarian divisions encircled elements of 1st German Mountain Division entrenched in the Eastern part of the city and proceeded to attack them.
Cut out from their supply sources, the AlpenJaeger are forced to ration ammunition and surrendered after a final attack by the 5th Hungarian armored Division. Workers of Munich joined their Hungarian comrades in the streets to celebrate the liberation of the city.
The rest of the Hungarian Army failed to achieve any significant breakthrough. 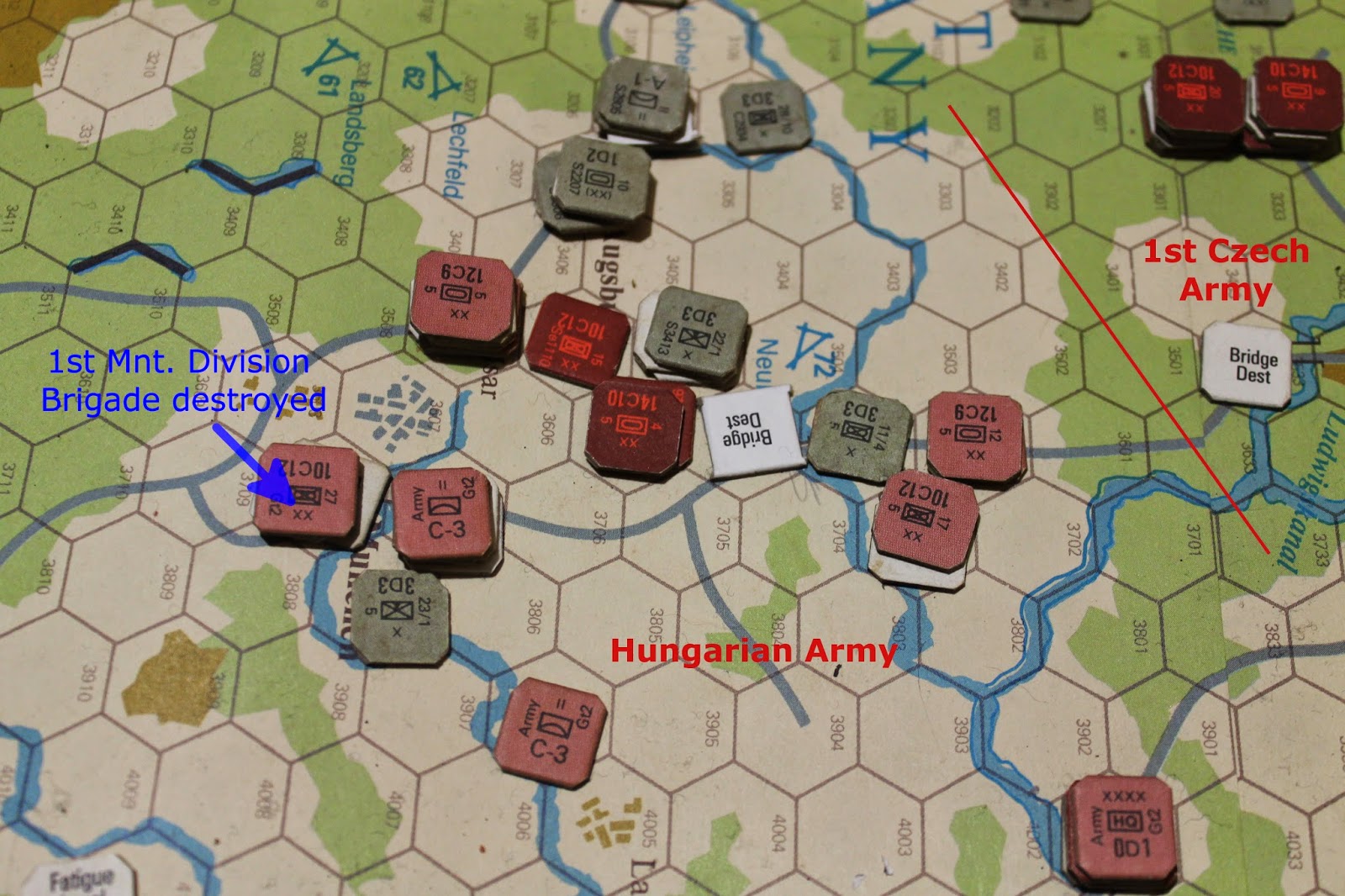 Pressure against NORTHAG continued with good success, with six additional NATO brigades destroyed in the last 24 hours and 3 more surrounded.
In SOUTHAG, both Warsaw Pact armies still encountered several problems, but were nonetheless able to obtain significant strategic achievements with the capture of Nuremberg and Munich. 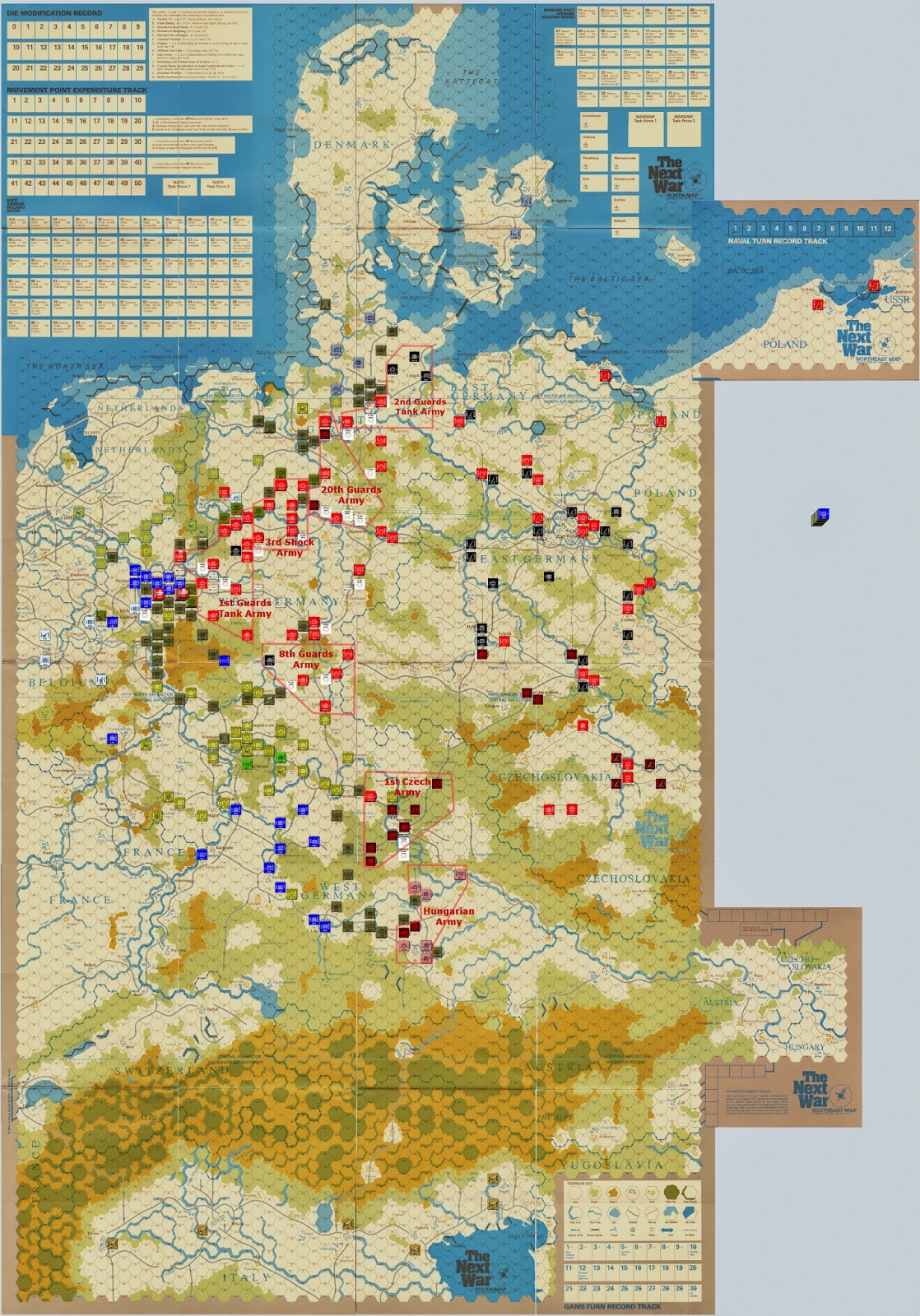 It's been a very complicated land phase, with several hard fights costing me the first serious losses.
This post focuses on NORTHAG combats. CENTAG, SOUTHAG  and overall situation map will follow shortly.

With 2nd Guards Tank Army guarding the East side of Hamburg, a reinforced 20th Guards Army overran the Southern approach  to the city and moved North West toward Bremen, destroying elements of the 11th Panzergrenadier Division and a German reservists Regiment in the process. 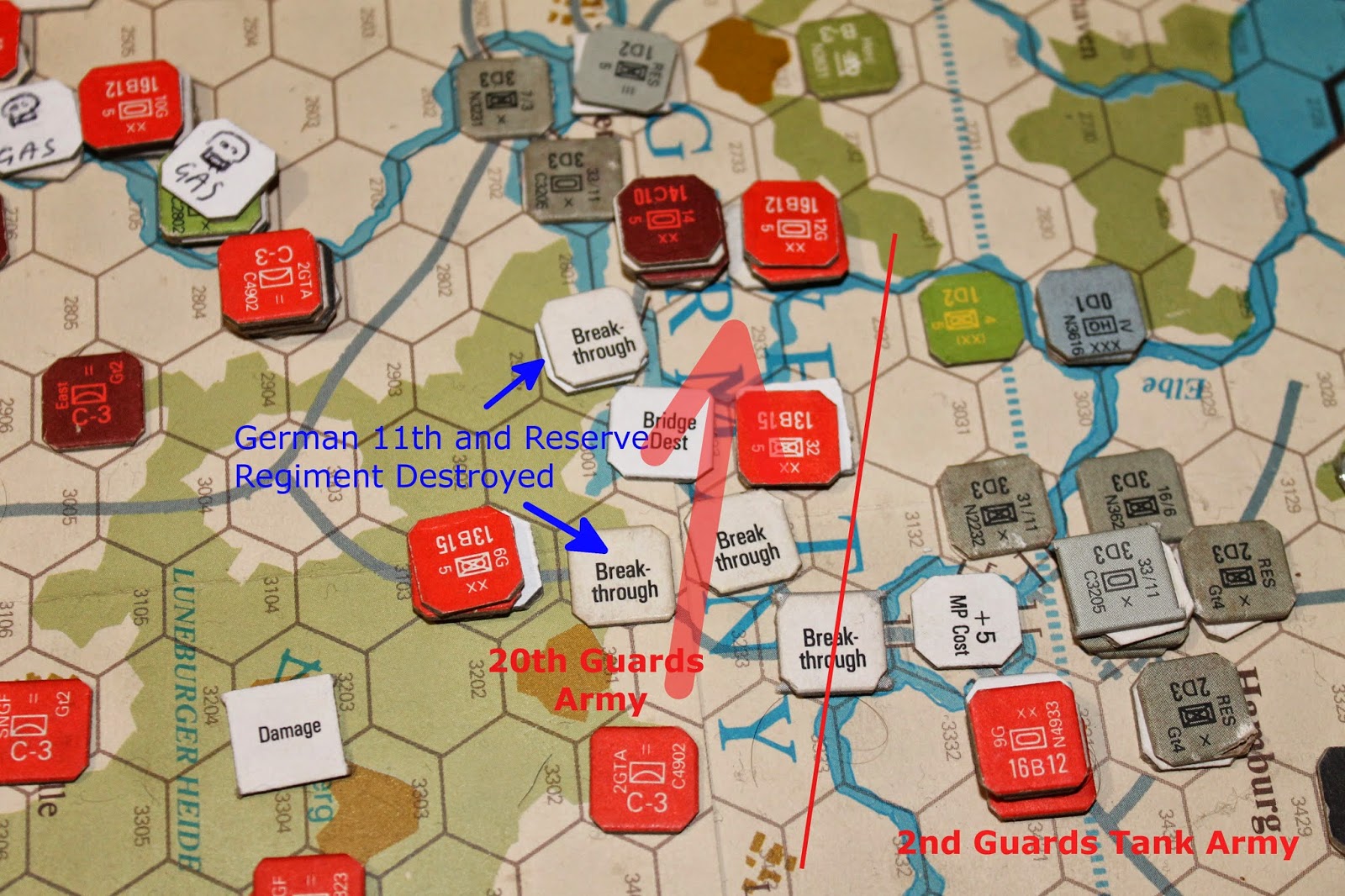 With 3rd Shock Army closing the Southern pincer around Hanover, two armored divisions of 20th Guards Army surrounded the city from North, using a SSM-delivered chemicals bombardment to neutralize 8/3 German brigade and open up a passage between the city and Weser river. Once the trap was closed, they proceeded to attack and destroy two Belgian and one German brigades defending the urban area. 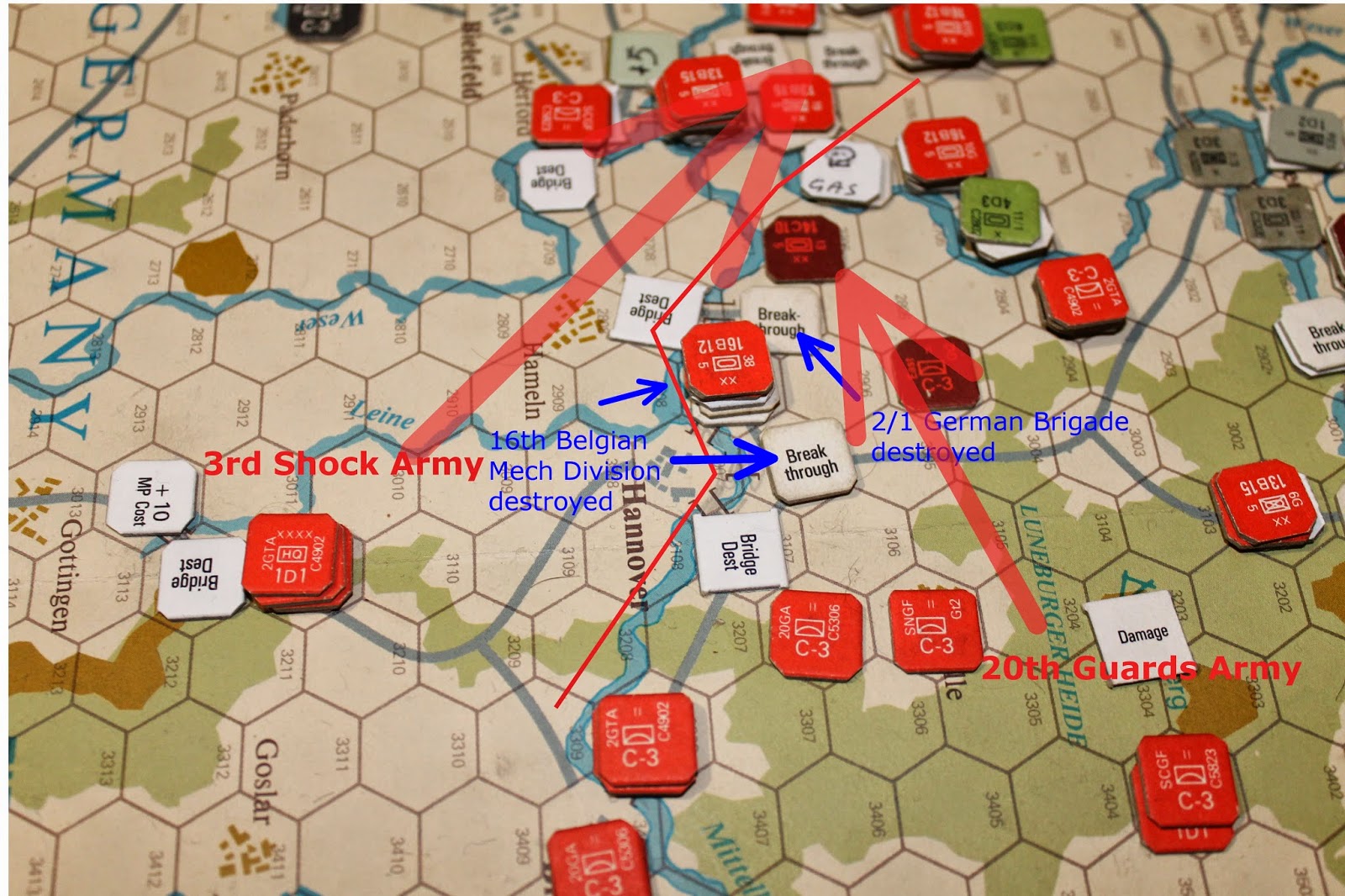 Minden and beyond the Weser 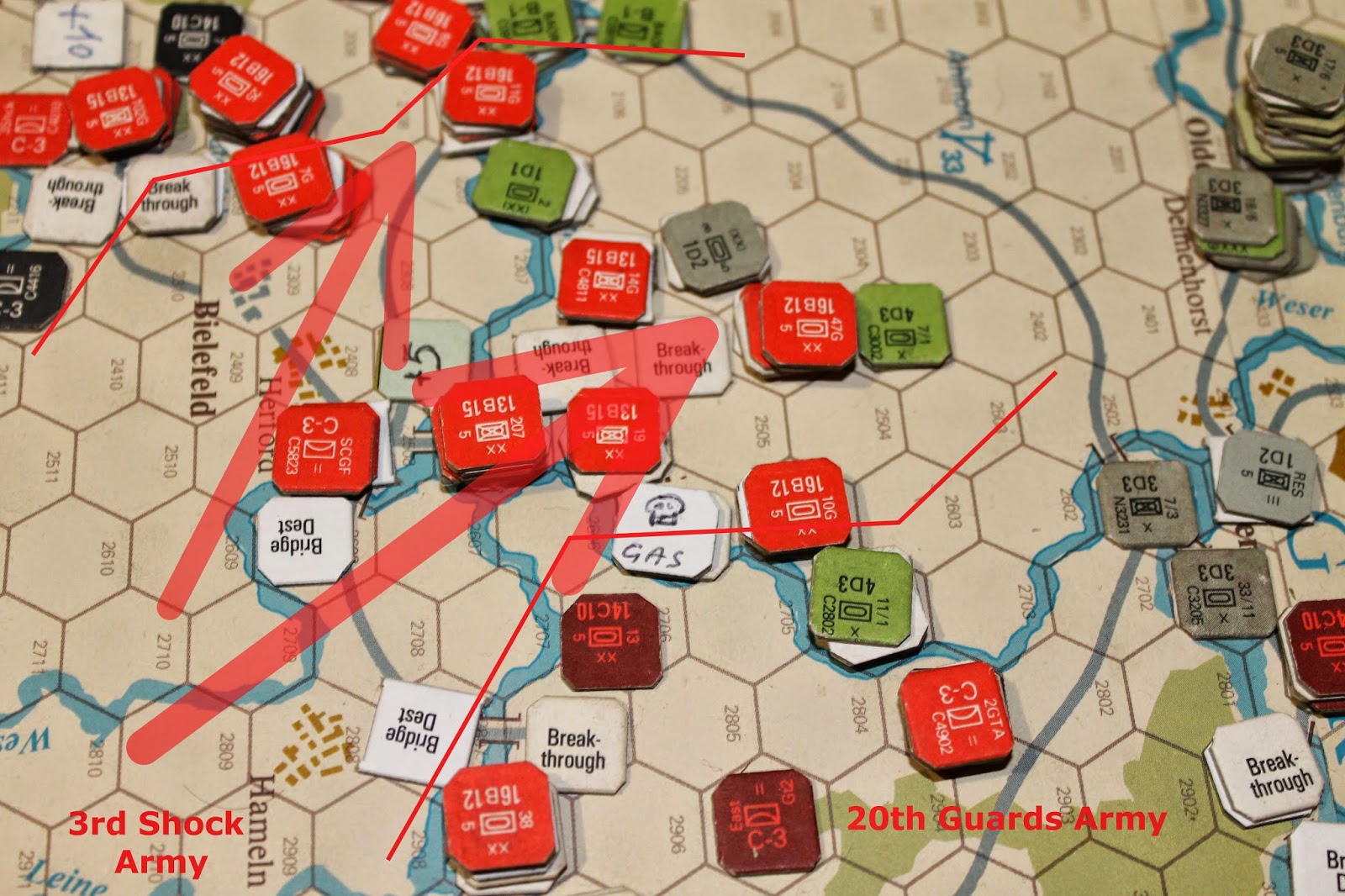 After the failure of the reconnaissance in force at Dortmund, 1st Guards Tank Army followed the well-known Red Army's motto "never reinforce a failure" and changed its axis of advance to Osnabruck.
First, the three NATO brigades at Gutersloh airport were surrounded and destroyed with the support of a division from 3rd Shock Army.

Second, Soviet 31st Guards Paratroop Division was transported North of the city by MI-6 helicopters to block any NORTHAG attempt to reinforce the city.
Having secured the rear, three additional armored divisions with heavy artillery support launched the main attack at Osnabruck, defended by BAOR mixed elements.
NATO decided to stand fast and dozens of helicopters moved in to hammer the advancing Soviet tanks, but paying themselves a high price in blood and assets. Despite the violence of Warsaw Pact's assault, at the end of the day the city was still in British hands and the attackers were too exhausted to renew the attack. 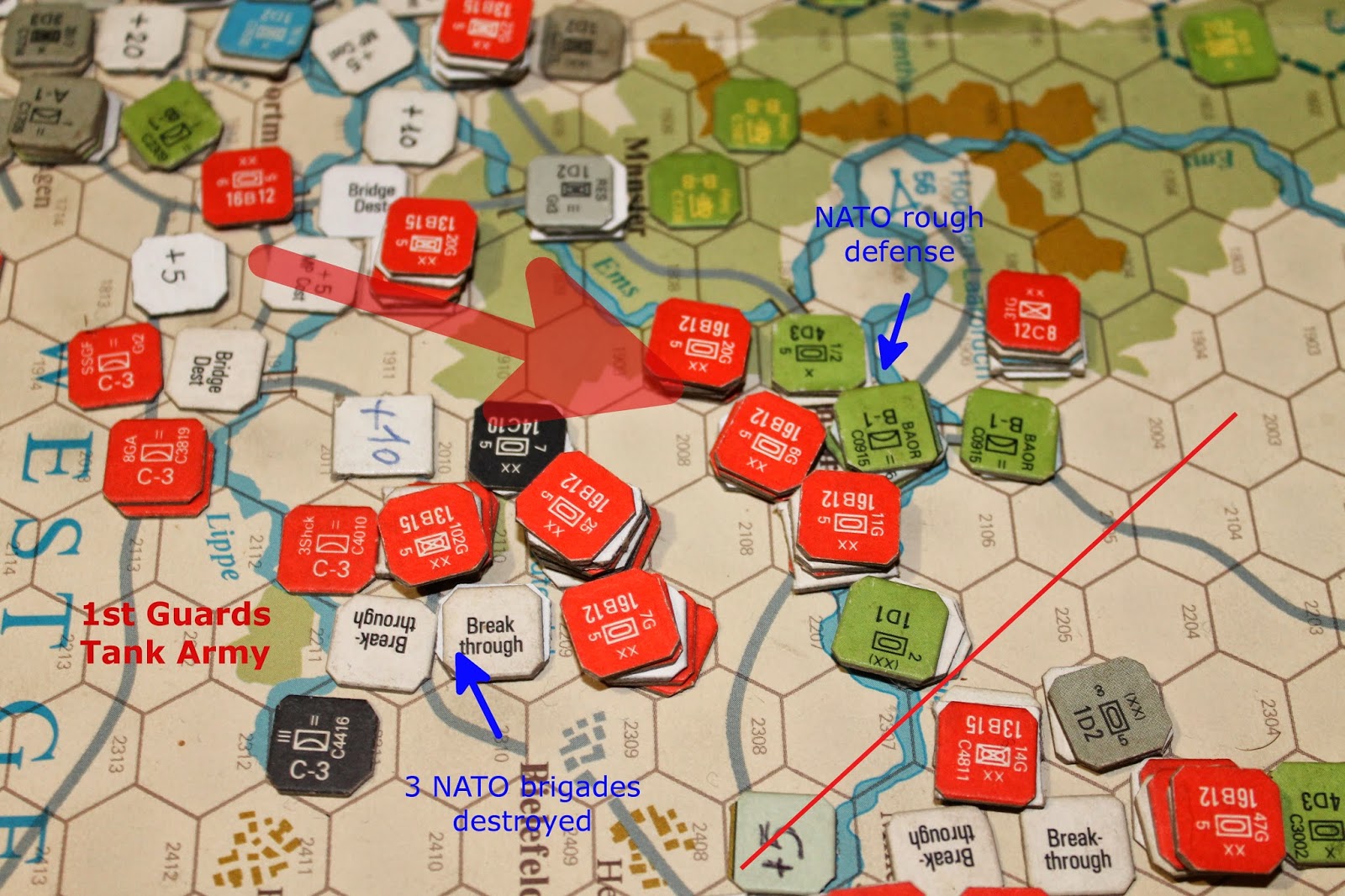 Two Soviet armored division were detached from 8th Guards and 1st Guards Tank Armies to reconquer the city, taken by 26th German paratrooper Brigade with a surprise airdrop.
At the end of the day Kassel was back in Warsaw Pact's hands, with the encircled Germans still able to fight. 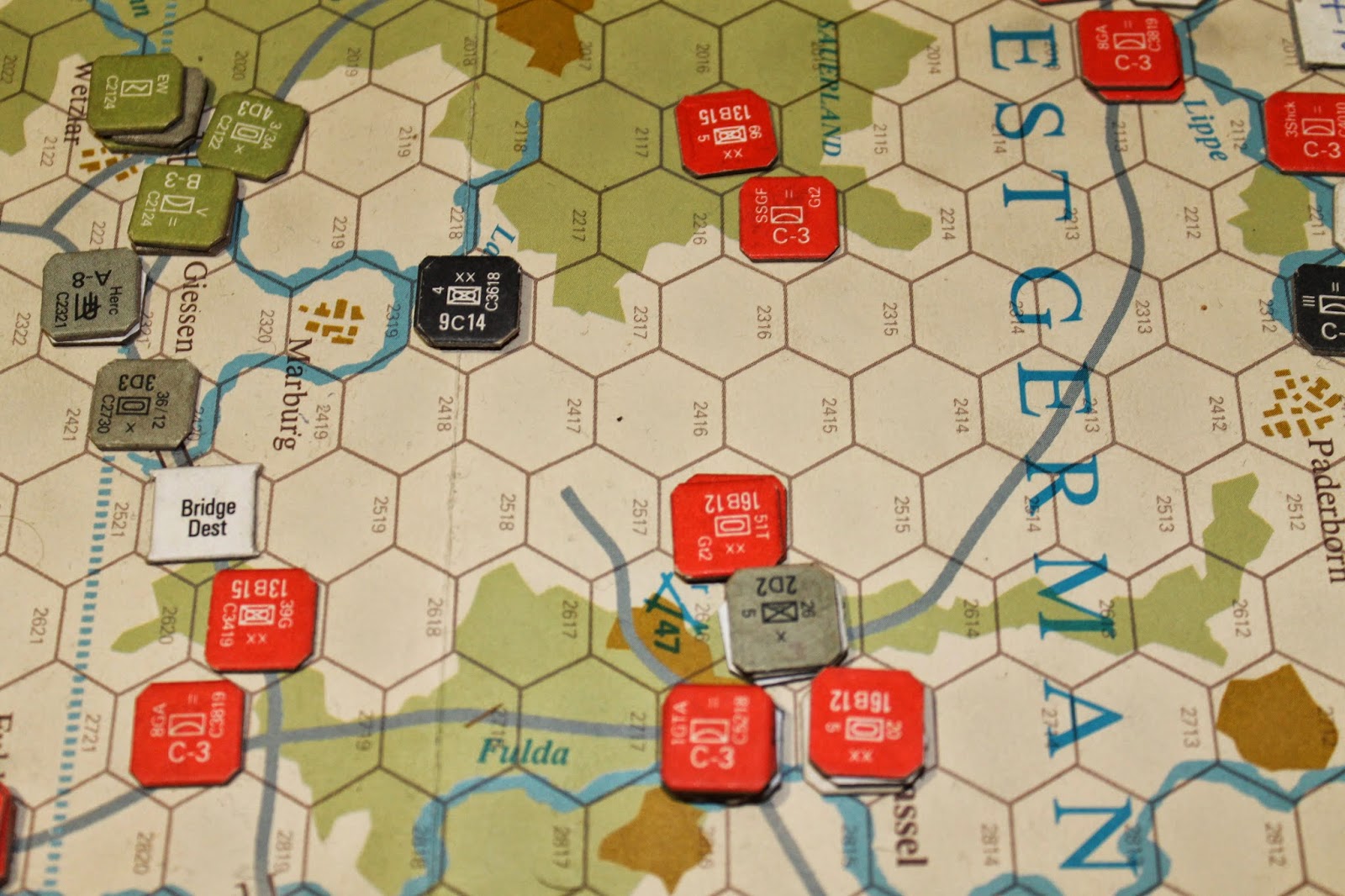 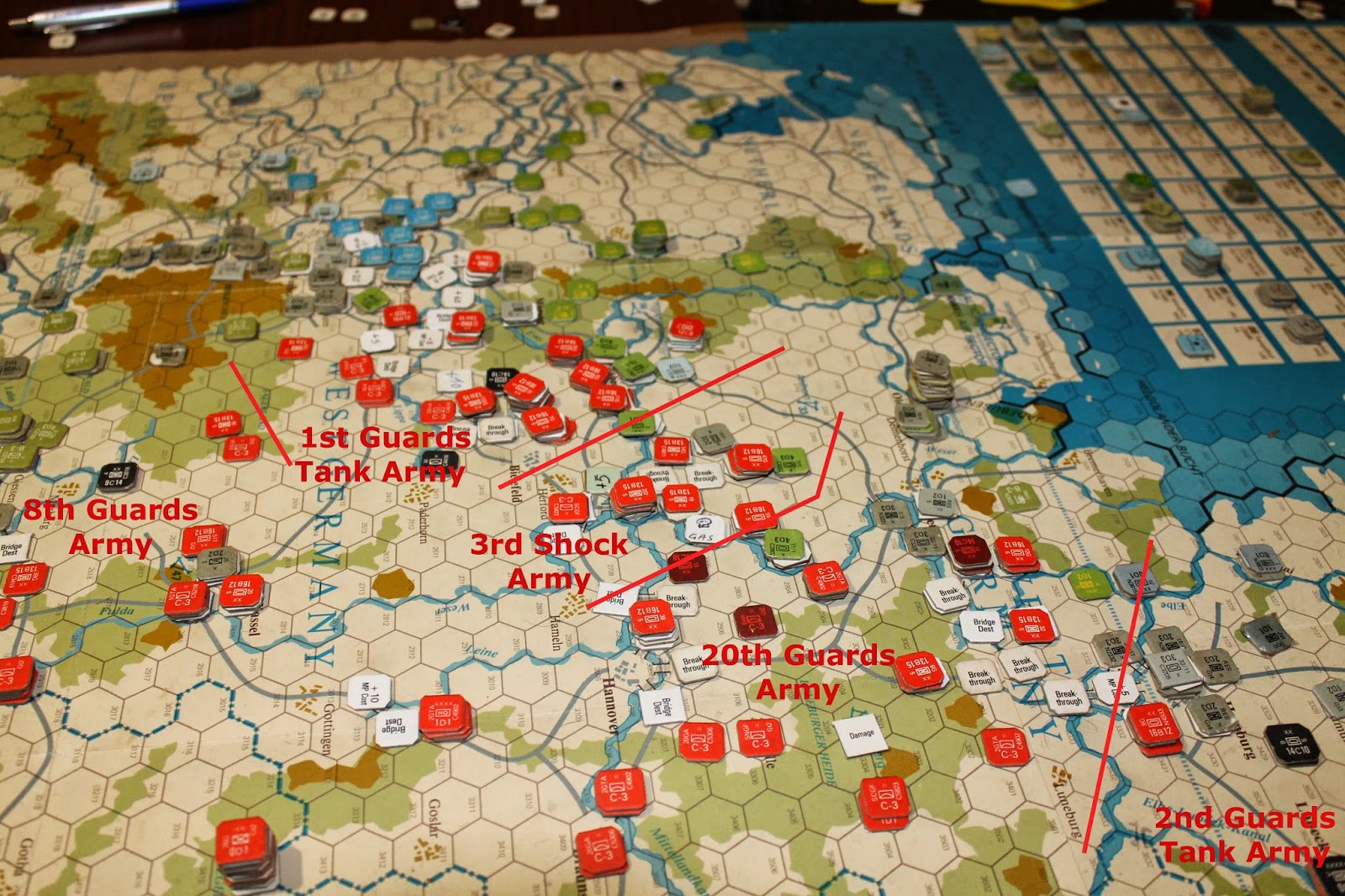