The intruders disappeared from radars 50 miles from the Danish coast. Subsequent communications from territorial militia and resident civilians reported the presence of Soviet airmobile forces 20 miles from Copenhagen.

After a long pause, we finally resumed play yesterday and NATO finished Turn 6 land phase.
Added the overall strategic situation at the bottom of this briefing.

In Hamburg, Danish troops and German reservists entrenched in the city to slow down the advance of 9th Armored Guards Division. 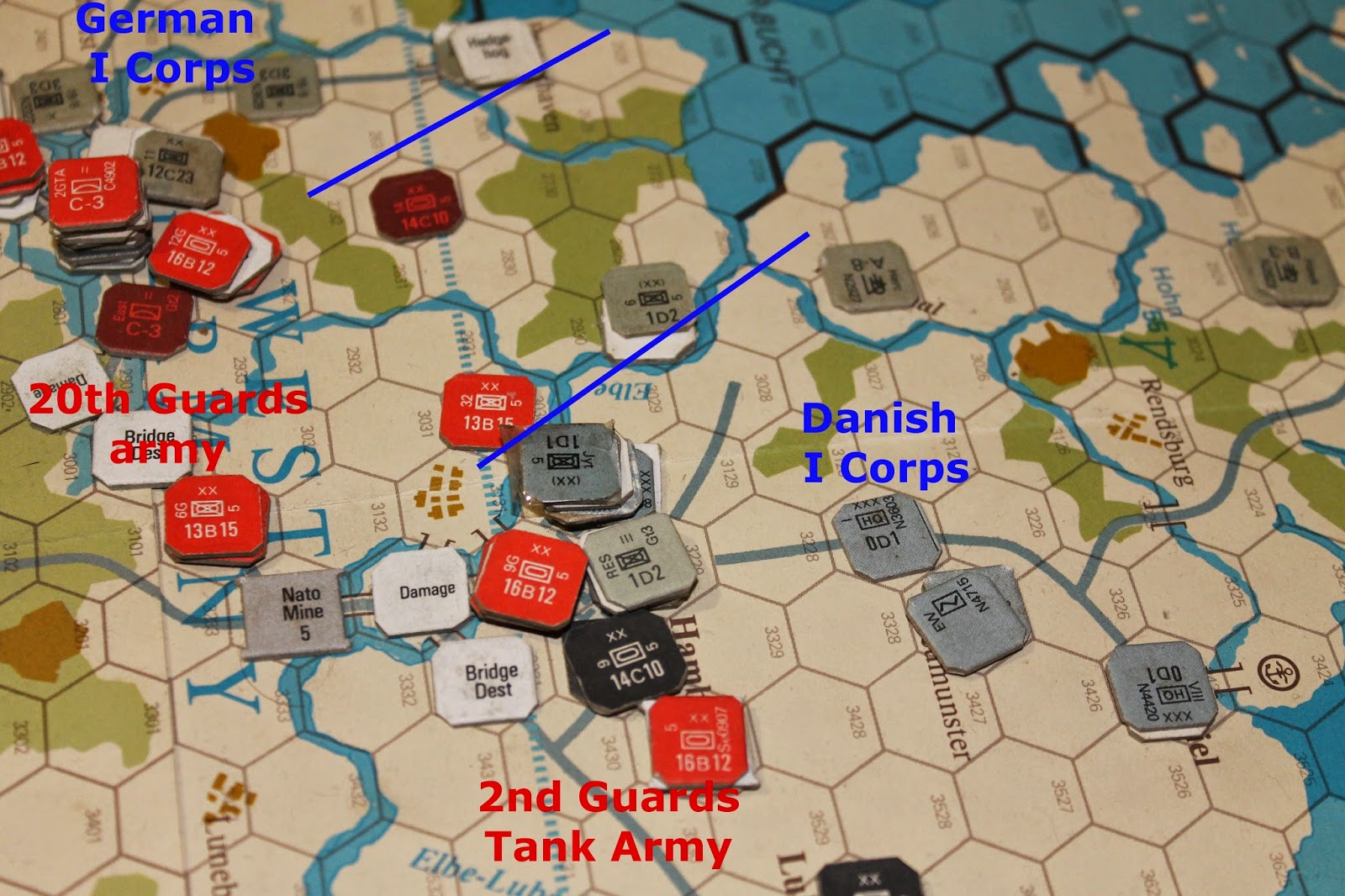 In Bremen, German 11th Mech Division regrouped in the urban area, with German 6th Mech Division holding the line from the city to the North Sea. On their rear, mixed elements of NORTHAG entrenched in the ports area. 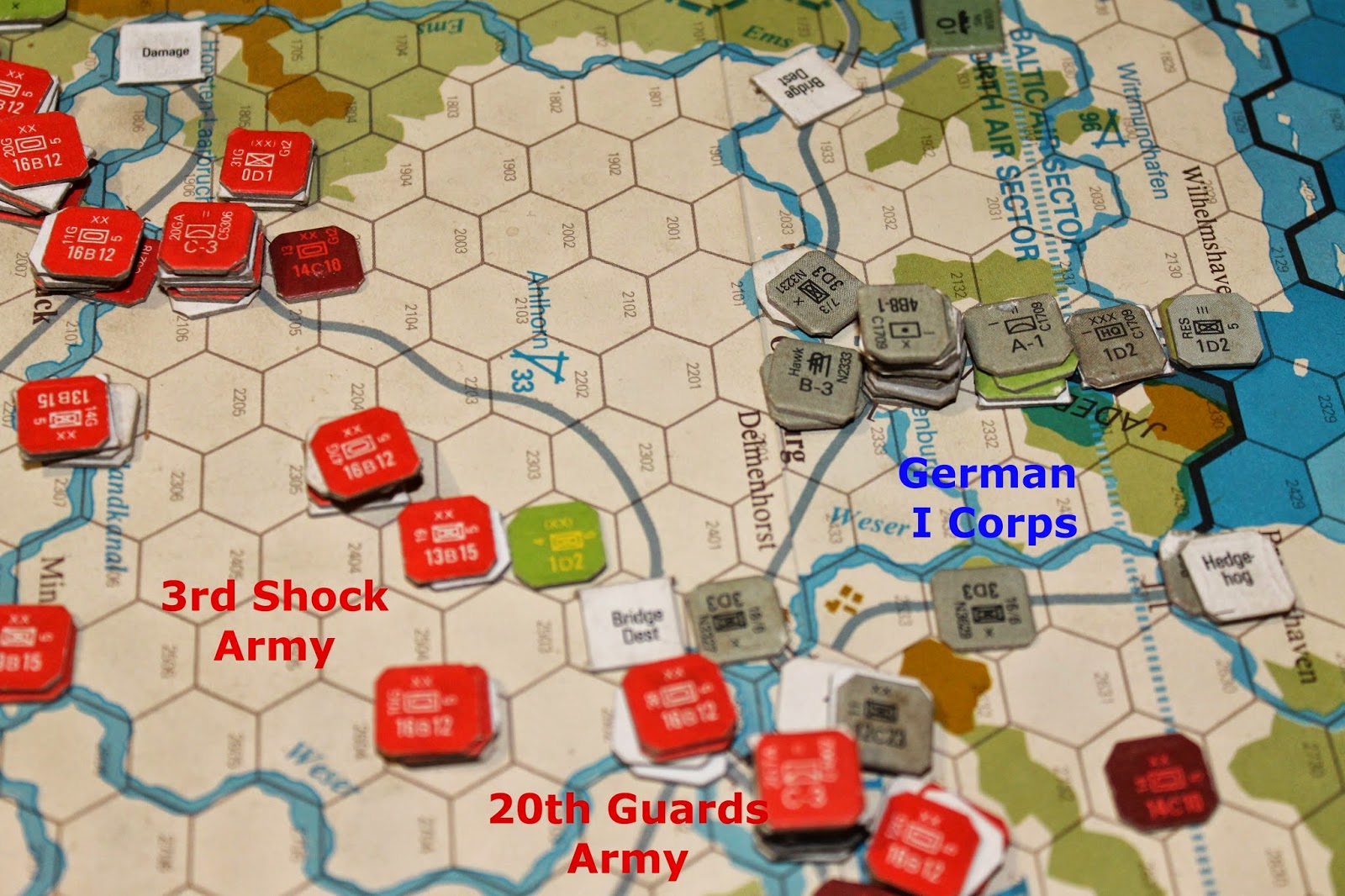 To address the dire situation caused by NORTHAG collapse, NATO stripped the defenses of CENTAG and Ruhr areas to create NEDEFOR (Netherlands Defense Force). Apparently, the units assigned to the new formation are: 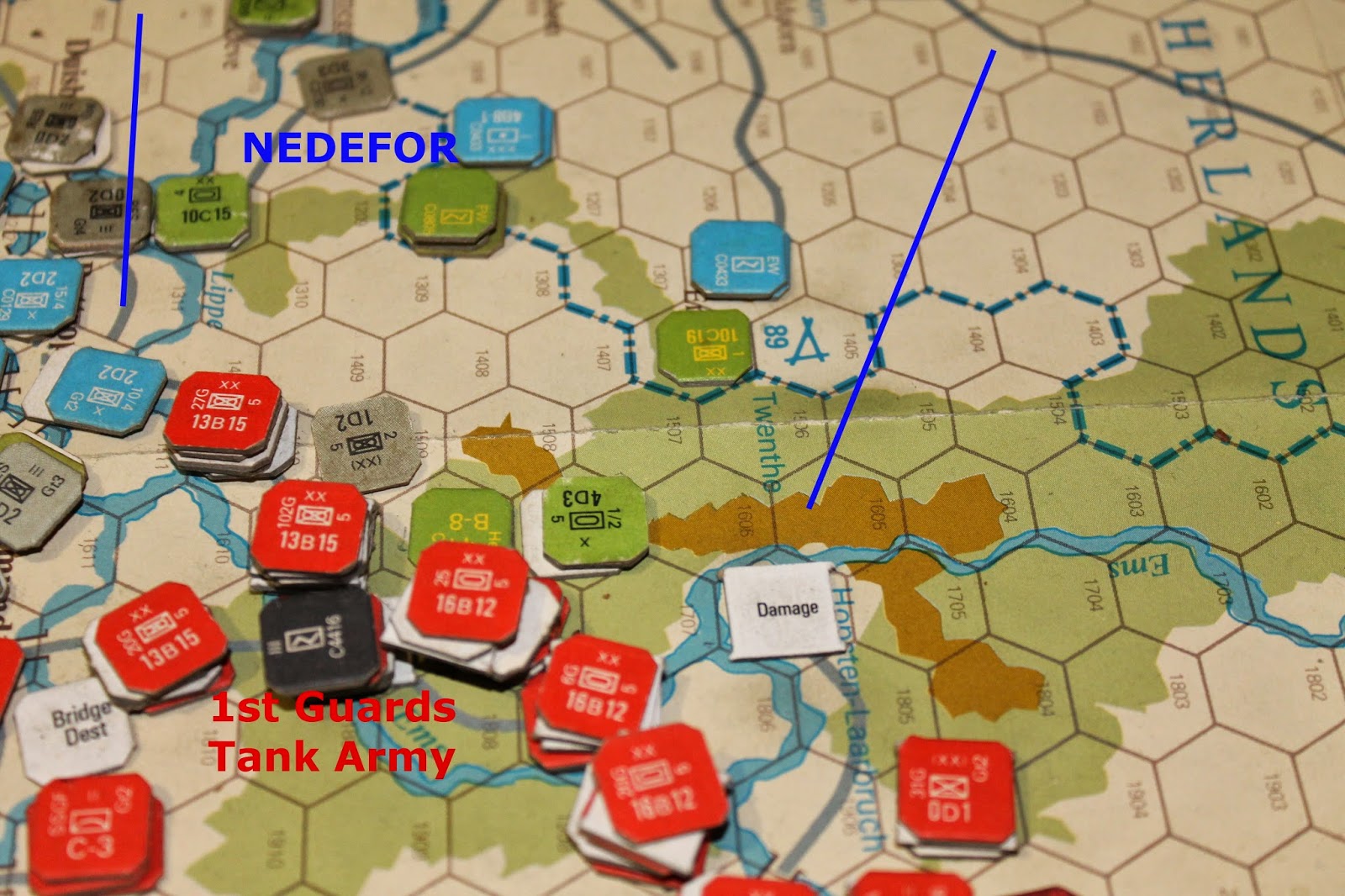 The final front line at 21:00 D+7 remained fragmented, but it is undoubtedly a solid obstacle along 1st Guards Tank Army axis of advance.

Moreover, the Dutch forces are kept near other NATO units, to ensure their loyalty in the event of an unilateral surrender declaration by the Dutch government.

Starting at 05:00 D+7, more than 60 AH-1 Cobra attack helicopters pounded the positions of 103rd Guards Airborne Division; after 20 hours of mauling, all that remained of the paratrooper division was a single, exhausted brigade.
The Central Committee of the Union of the Soviet Socialist Republics awarded the Order of Lenin to all the glorious soldiers of the division, who gave their life for spreading the ideals of Marxism-Leninism to the oppressed people living under the capitalistic tyranny of the United States of America. 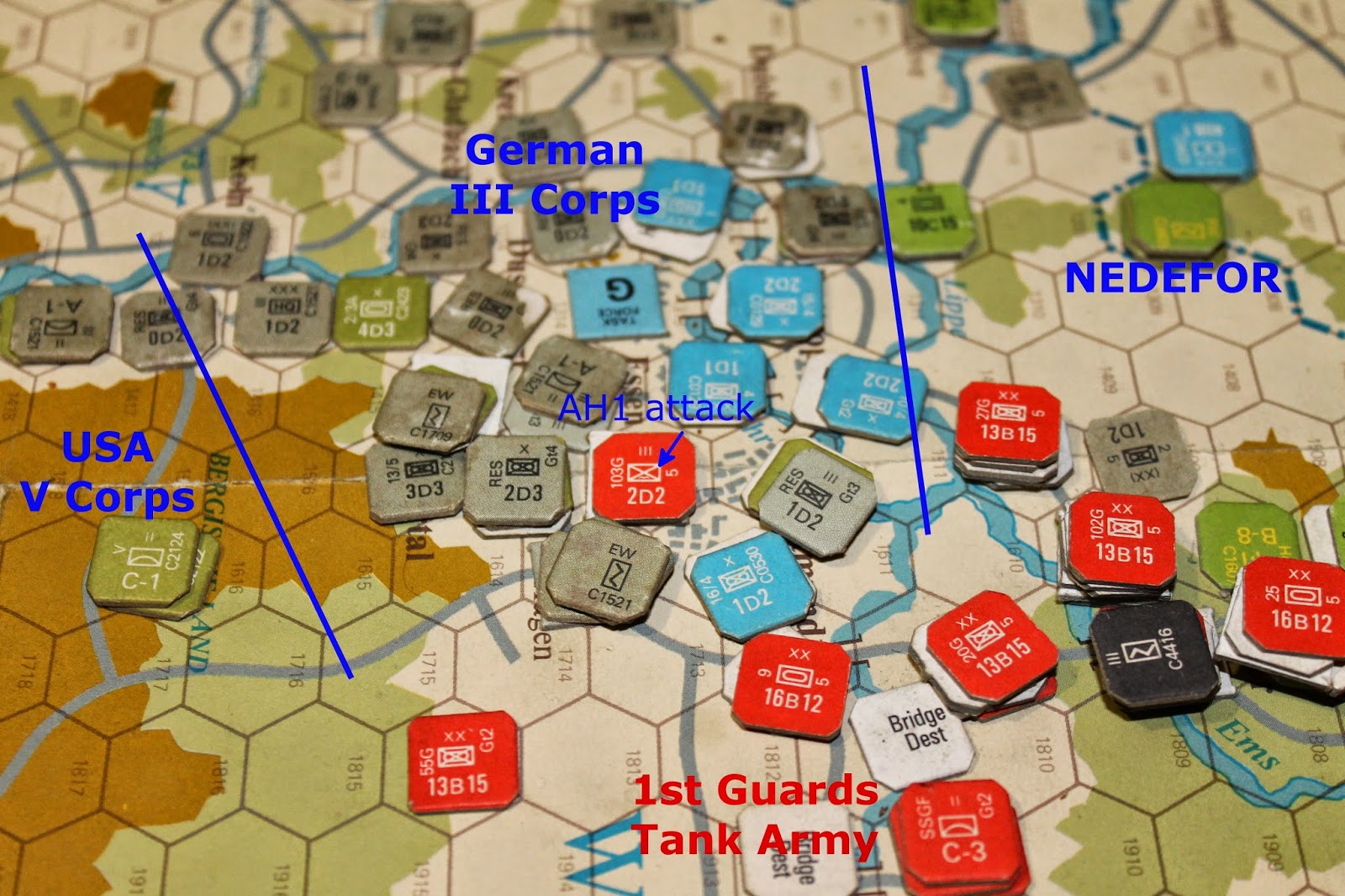 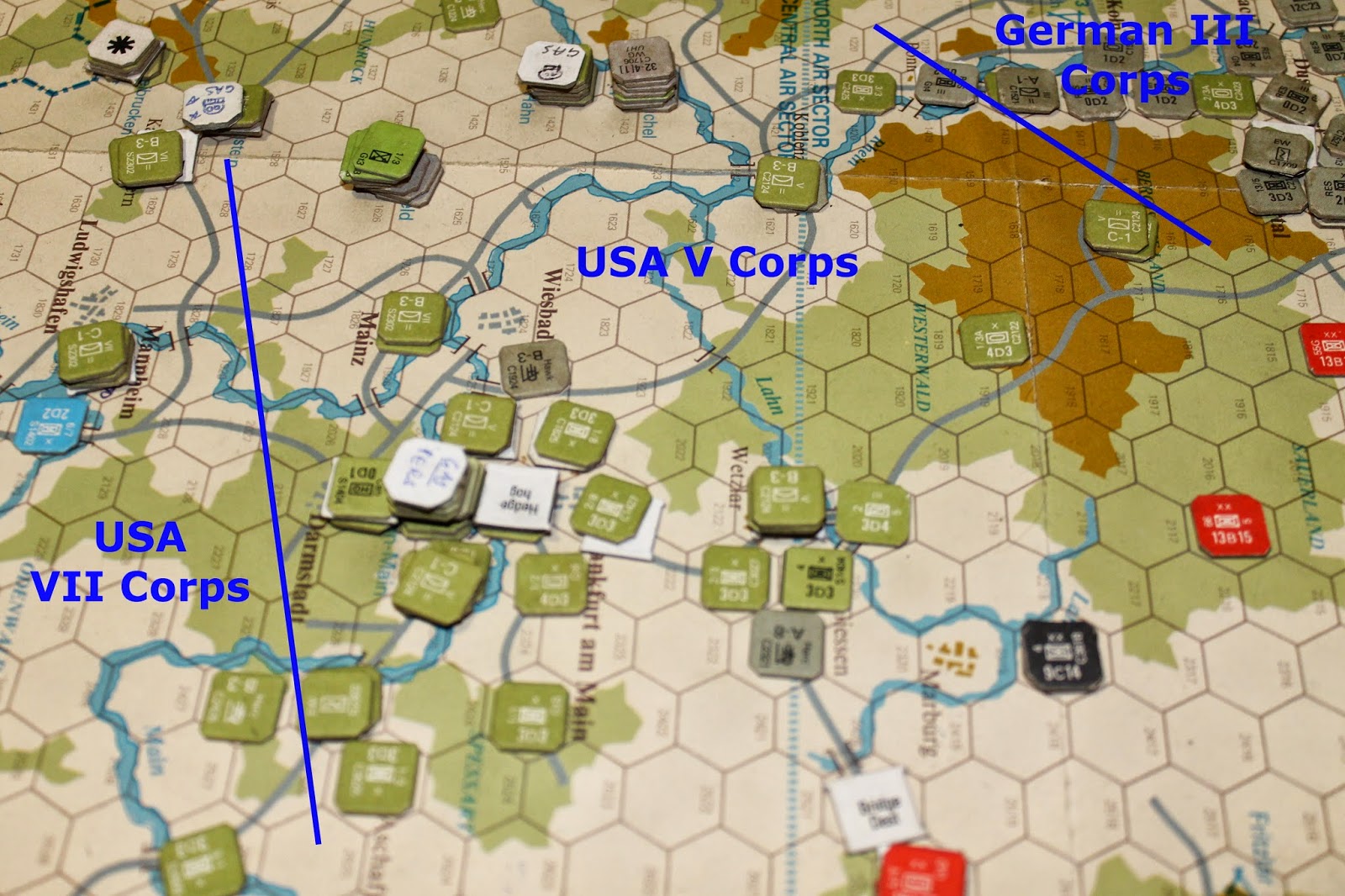 In the South, NATO launched a major heliborne operation with French 11th Airborne Division, who landed two brigades at Munich outskirts and proceeded to reoccupy the city.
Moreover, a brigade of USA 1st Armored Division made a night march to Nuremberg and entrenched in the city center. 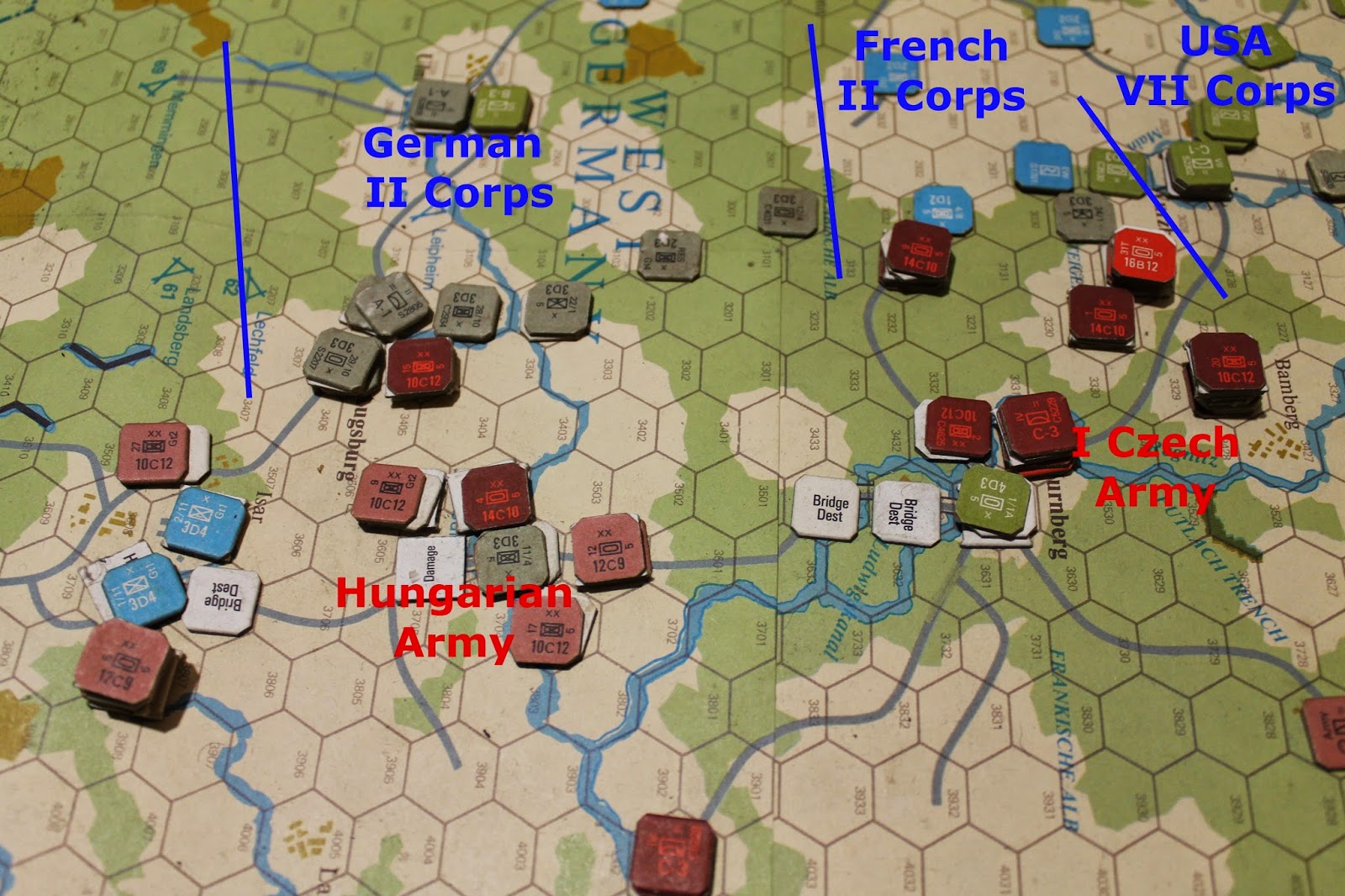 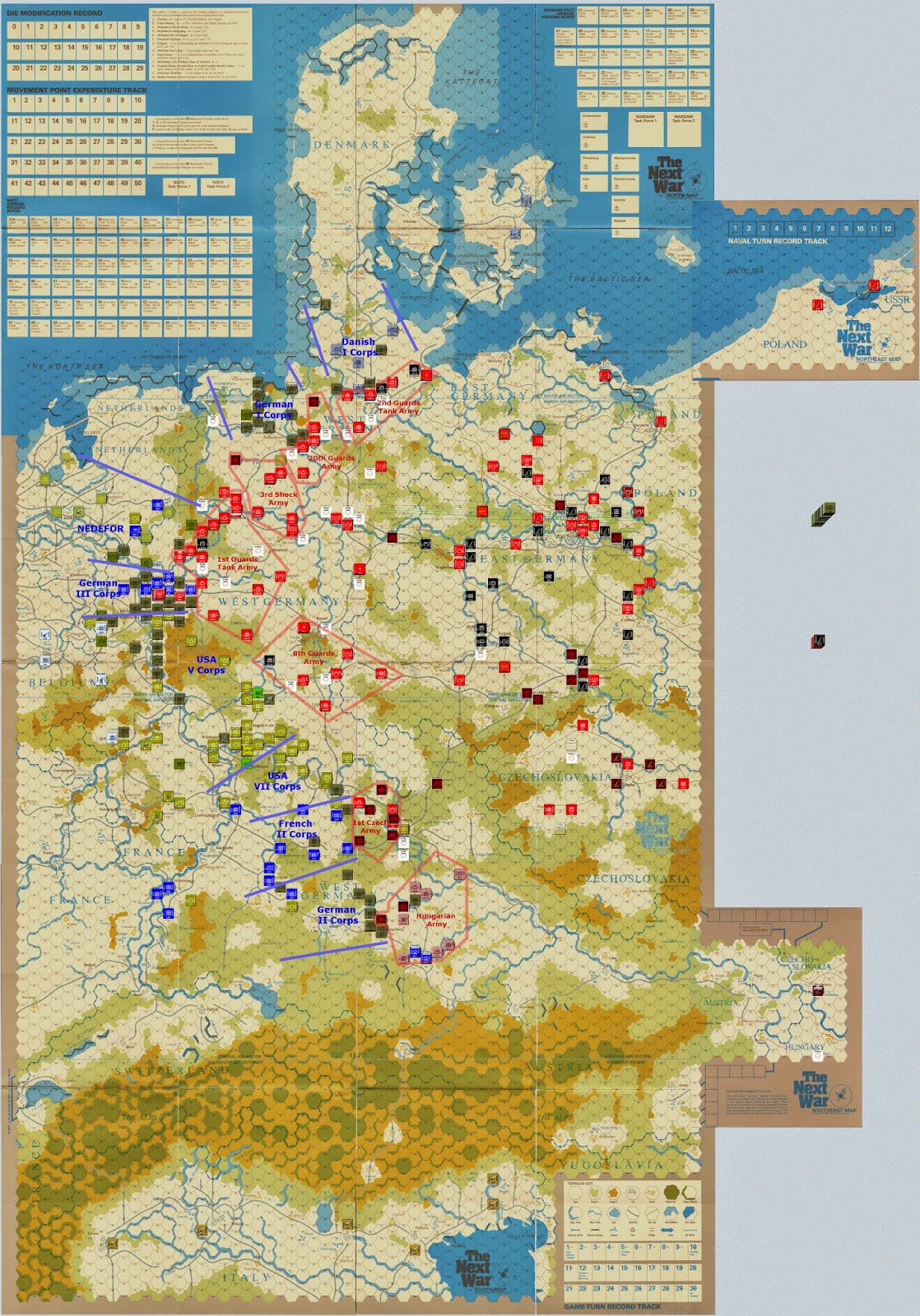