With enemy resistance in Northern Germany virtually over and supply lines at least partially functional despite the continuous NATO air strikes, Warsaw Pact has reorganized its North and Central Fronts to prepare the final phase of the liberation of Europe.

The continental part of Denmark, completely abandoned by its so-called allies, was liberated by V German Army now operating as independent unit. 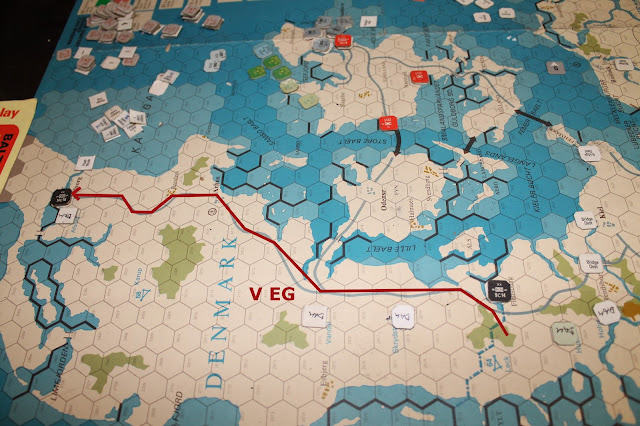 2nd Guards Tank Army, after the hard gained victory at Hamburg, moved to its new responsibility zone just South of the Ruhr. 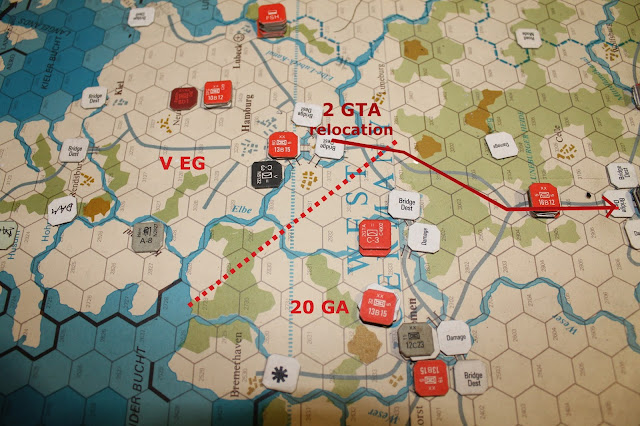 20th Guards Army defeated West German 7/3 Brigade and took control of Oldenburg. After the attack, several division were reassigned to 3rd Shock Army to the West. 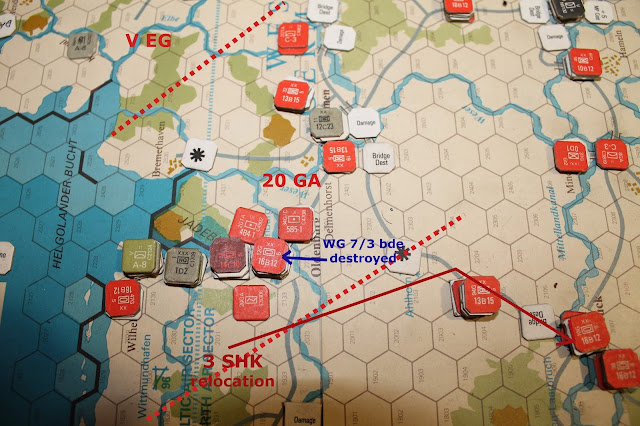 In preparation for the upcoming final offensive, more than 10 artillery regiment have been transferred to North Front and positioned in proximity of the Ruhr. Several combat support assets such as Assault Engineers, Electronic Warfare Units and Mobile SAMs were also assigned to the armies in the area. 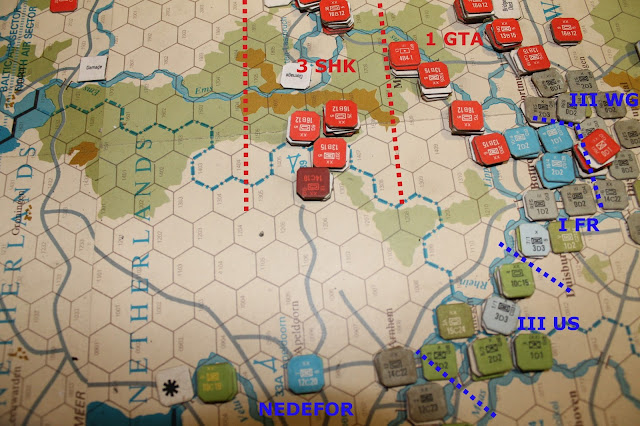 The newly arrived army immediately engaged US 1/8 Mech Brigade with two divisions already on site. After WP divisions cut off the Americans' retreat path, NATO reacted assigning a Wild Weasel strike mission in the area and rendering most of WP antiaircraft assets in the area useless.

The ensuing battle was one of the hardest fought in the war, with the Americans calling in an impressive amount of AH-1, A-7 and A-10 Combat Air Support. In the end, the US brigade was forced to surrender after inflicting heavy casualties to East German 7th PanzerDivision.
For a detailed account of the battle, see D+14 17:00 Zulu Time Report. 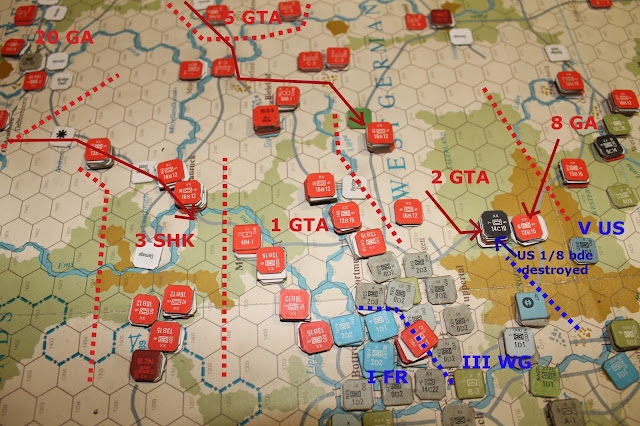 North of Frankfurt, two divisions of 8th Guards Army encircled and attacked US 1st Mechanized Division. The attack, hastily arranged to pin enemy reserves before the beginning of the final offensive, didn't have enough support to succeed and was ordered to a halt at D+14 dusk, after both WP division suffered very heavy losses. 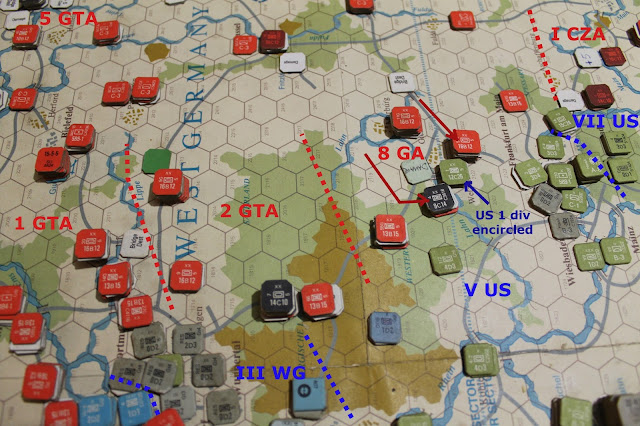 The whole Southern Front is still plagued by heavy supply problems, caused by the destruction of every available Danube bridge.
As a result, I Czech Army and Hungarian Army didn't have enough fuel for complete operational freedom and limited their advance to the areas abandoned by NATO in the previous 24 hours. 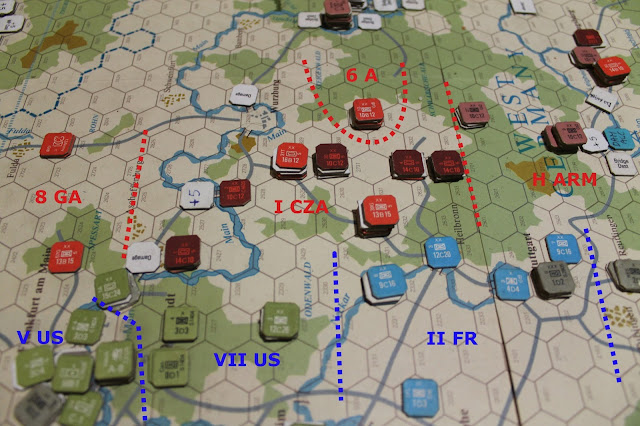 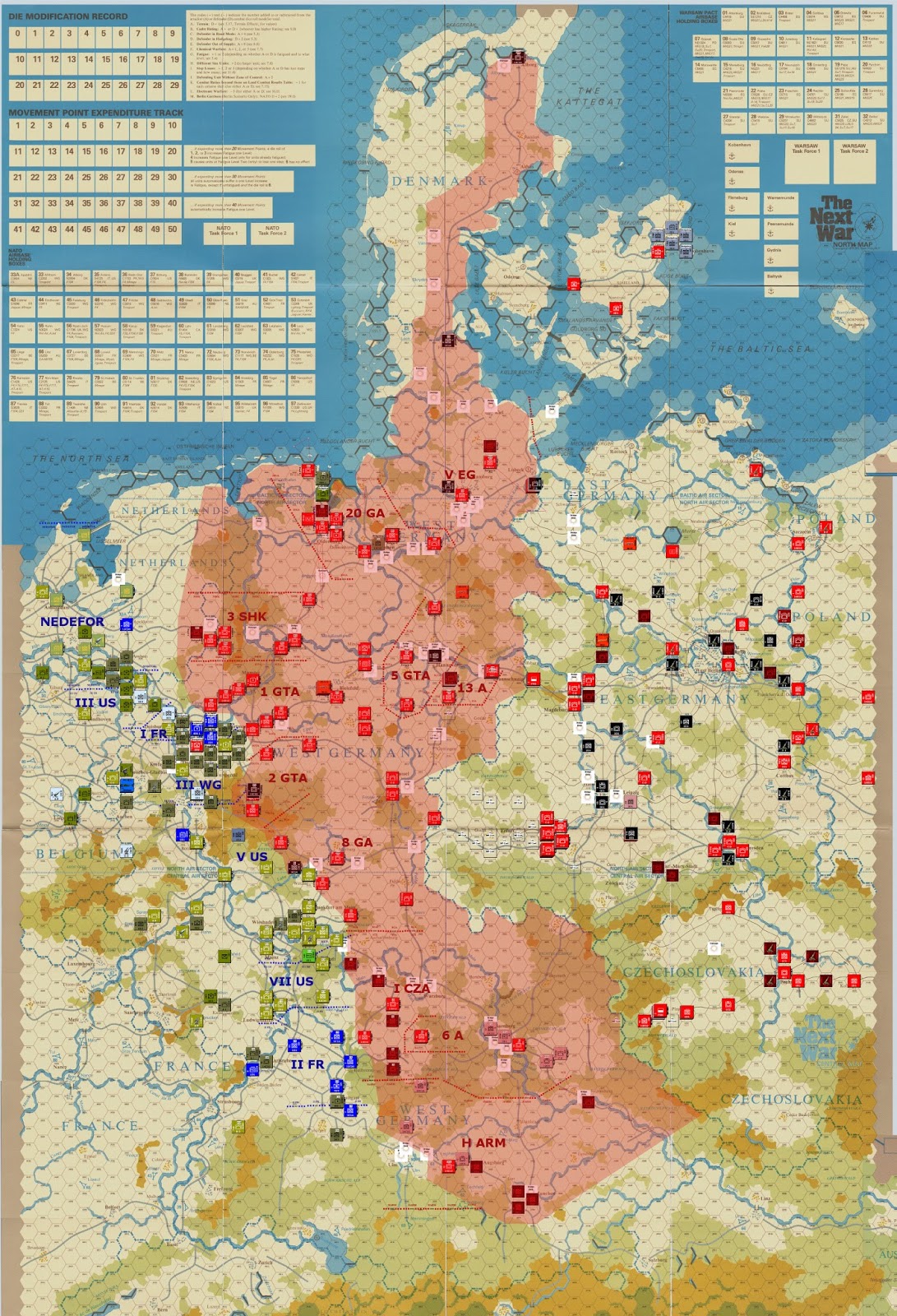