1985: Under an Iron Sky - Well, boys, I reckon this is it - nuclear combat toe to toe with the Roosskies

Finally, 1985: Under an Iron Sky reached DEFCON 1 and is now available on our official site....phew!

Orders are being prepared for shipping as Warsaw Pact forces cross the Inner German Border in a last attempt to affirm Soviet control over Central Europe.

All this stuff will come handy as we prepare the second game, already in development. Can't tell much more right now, I don't want to open a gap in our already pathetic security procedures :)

Thanks everyone for the help, support and enthusiasm showed during these months.


Buy it now, before it's too late! 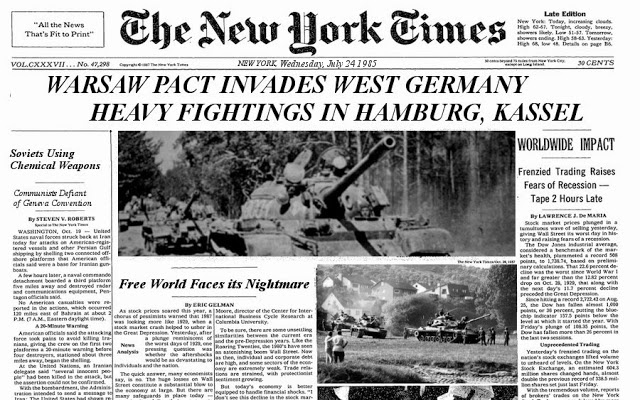