Ulf Krahn, Man-in-Stockholm, Co-Designer for 1985: Deadly Northern Lights and The Dogs of War, founder of Terranis Systems Ltd., Ring-Bearer and Barrel-Rider, is now in the (hopefully) final phases for delivering a tactical module software connecting with the Leopard 1 and 2 MBT simulators used by the Hellenic Army.

The Dogs of War development continues.....here's some key points:

Setting up units on VASSAL also allowed me to better evaluate the strong and weak points of NATO deployment in BAOR sector. The result wasn't a complete surprise, but I must say it looks worse than I imagined.
In short, the area covered by The Dogs of War will include four different NATO Corps, as represented in the excellent Area Of Responsibility map prepared by Tony (and including his exact assignment in 1989!): 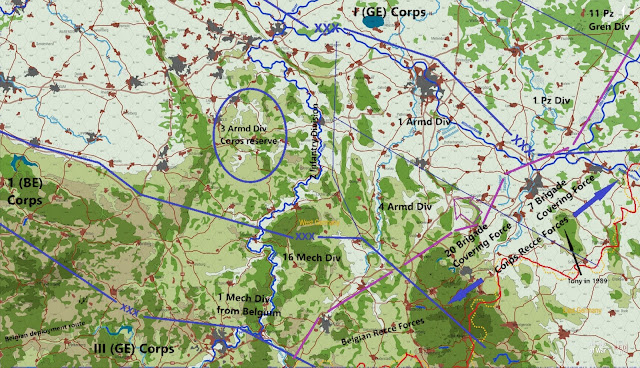 This is all safe and sound, except that Belgian I Corps is not there. Most of Belgian units were relocated in Belgium or along the Rhine river during the early '80s, leaving in place only a single brigade and a battalion of covering forces. This leaves a gap 40 km wide between BAOR and WG III Corps, with practically no units stationed there during peacetime. 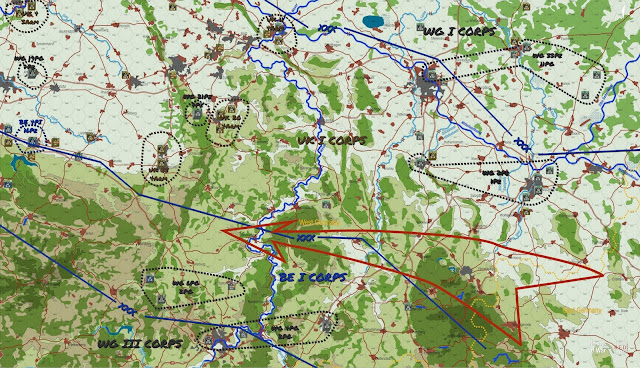 The distance that must be covered by the Belgian forces could be handled if NATO had sufficient advanced warning, but it would be a critical problem in a surprise attack scenario. In that case, NATO should quickly adopt emergency countermeasures, like moving the WG III Corps boundary further North and use part of 2nd PanzerGrenadier Division as a covering force in order to gain time.
Well, I presume we'll discover soon how dire the situation is :)
a 01:30:00 10 comments: