The first finished copies of 1985: Under an Iron Sky are here with me right now, and in a couple of days 200 of them will depart for the United States.

After their confirmed landing in the New World, DEFCON 1 will be declared and the online shop at TRLGames.com will open!

Here's a photographic shooting of the game components.....Booķs and Cat are not included in this first edition. 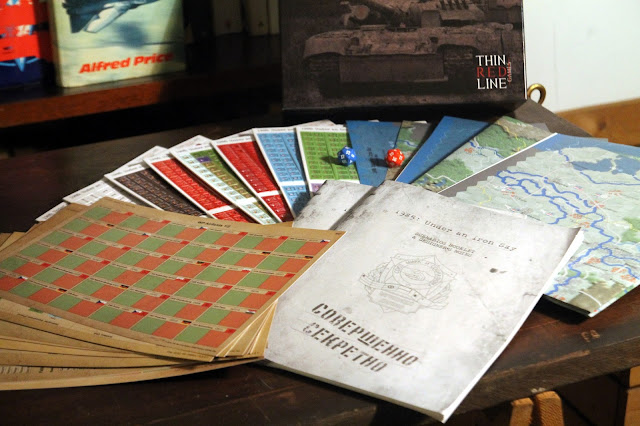 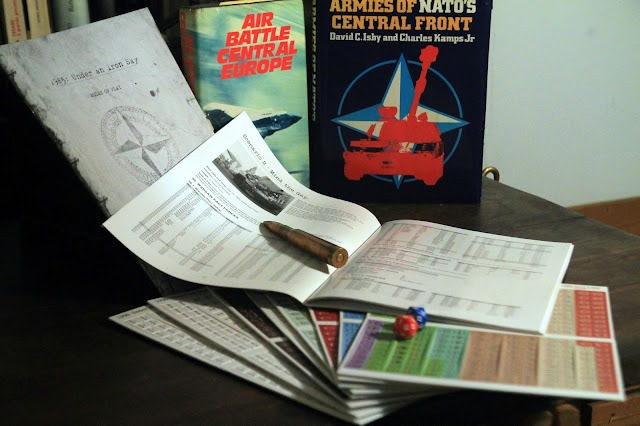 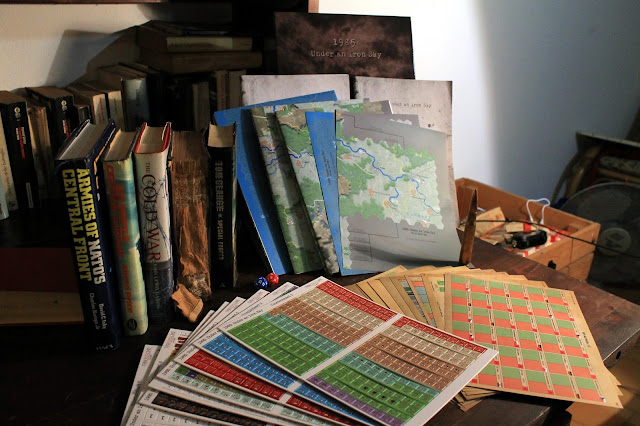 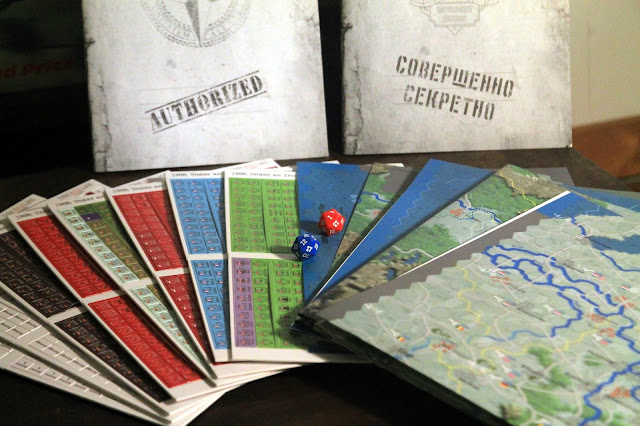 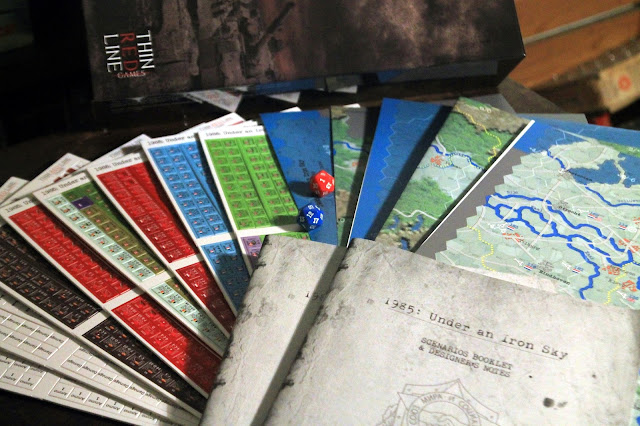 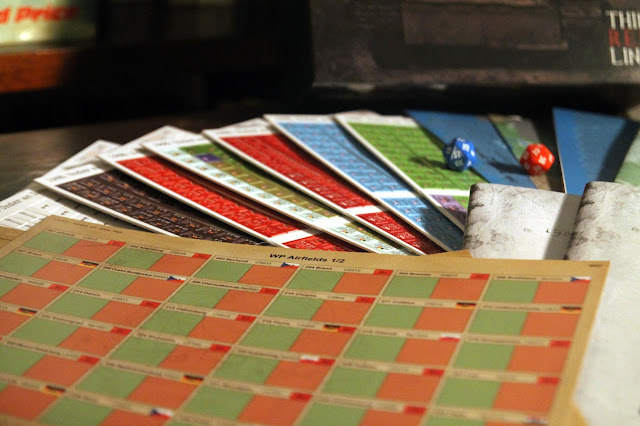 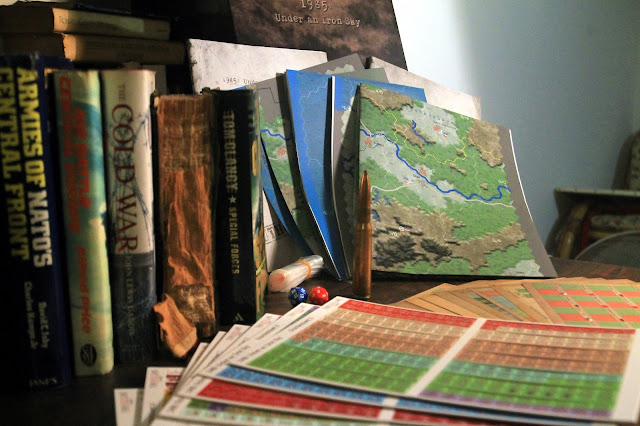 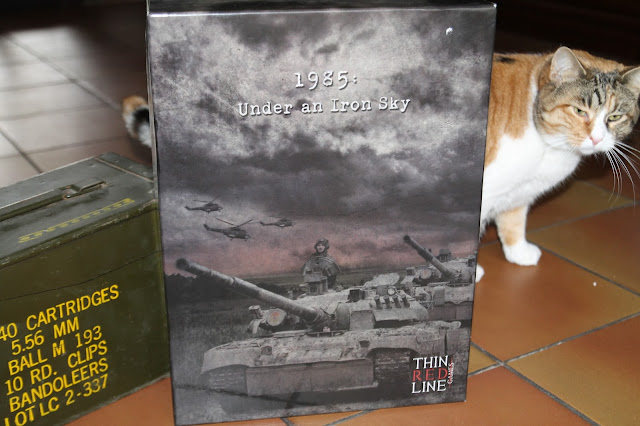 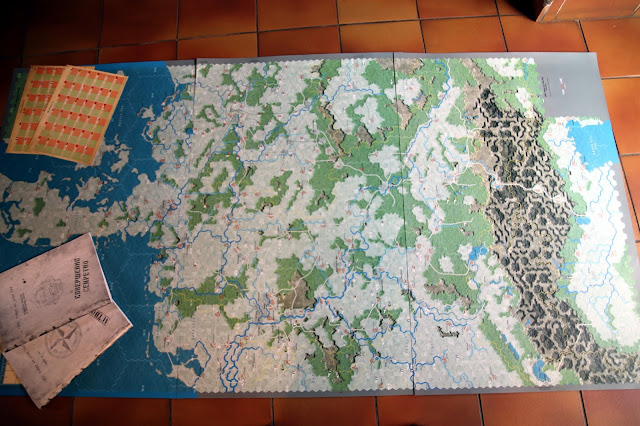 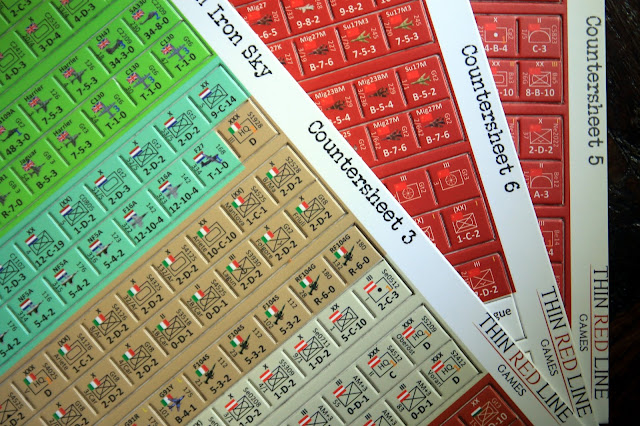 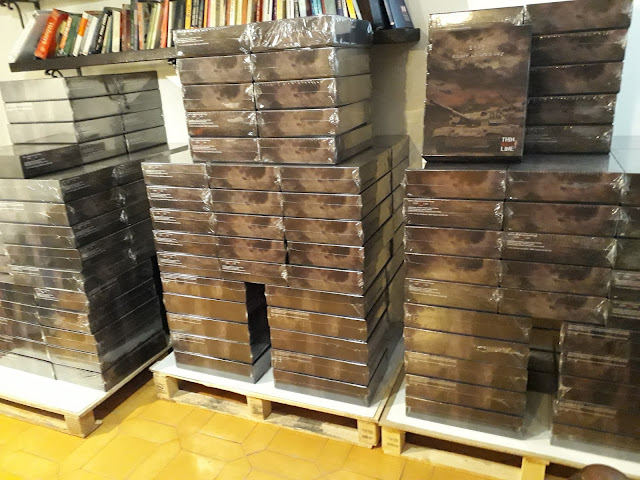 A preview of the game box, just printed and already mistreated by me during transport...actual size 38x28x8 cm. 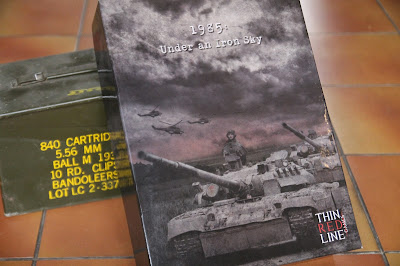 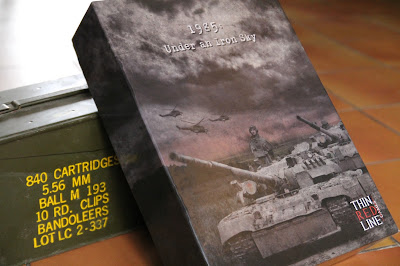 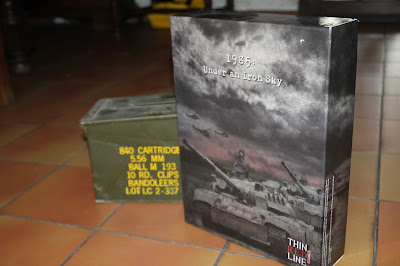 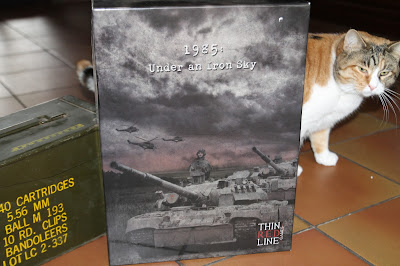 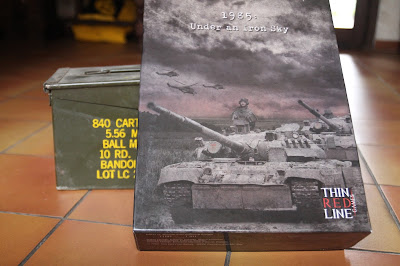