The big news is NATO is now operating at division level wherever possible.
This change of strategy will make WP attacks very costly, but reduced NATO reserves to an almost absolute zero; should WP be able to achieve a breakthrough somewhere, there will be nothing to stop its ride.

In the Baltic area, NATO Command issued a suicide order to move South of Hamburg to a WG mech regiment. Resident members of the Rote Armee Fraktion ("Red Army Detachment", Germany's liberation movement) declared that the unit's reserve soldiers were forced to obey under the threat of execution of their families by NATO Military Police.

The NEDEFOR / NORTHAG sector was reinforced by 3rd British Mobile Force and regrouped most of its brigades into divisions, forming a solid defense on the Ruhr - Arnhem - Apeldorn - North Sea line. Moreover, US III Corps started operating as independent unit and was assigned a part of the front.

CENTAG deployment remained more or less unchanged, with US V Corps covering the 225 km front from the Rhur urban area to Darmstadt, south of Frankfurt.

Facing the breakthrough by Czech 1st Army and the almost complete absence of operational reserves, SOUTHAG was forced to retreat 70 km West, leaving the cities of Wurzburg and Augsburg without military garrison.

Moreover, French II Corps had to stop its transfer to NORTHAG and help stabilizing the SOUTHAG front.

According to the reconnaissance companies of Czech 15th Motorized Division, the now free citizens of Augsburg have burned down banks and government buildings and formed a local Soviet in order to better communicate with Warsaw Pact officers and authorities.

Here's the strategic situation at D+11, 22:00 ZT.
If someone wants to see the full details using Vassal, the save file is here. 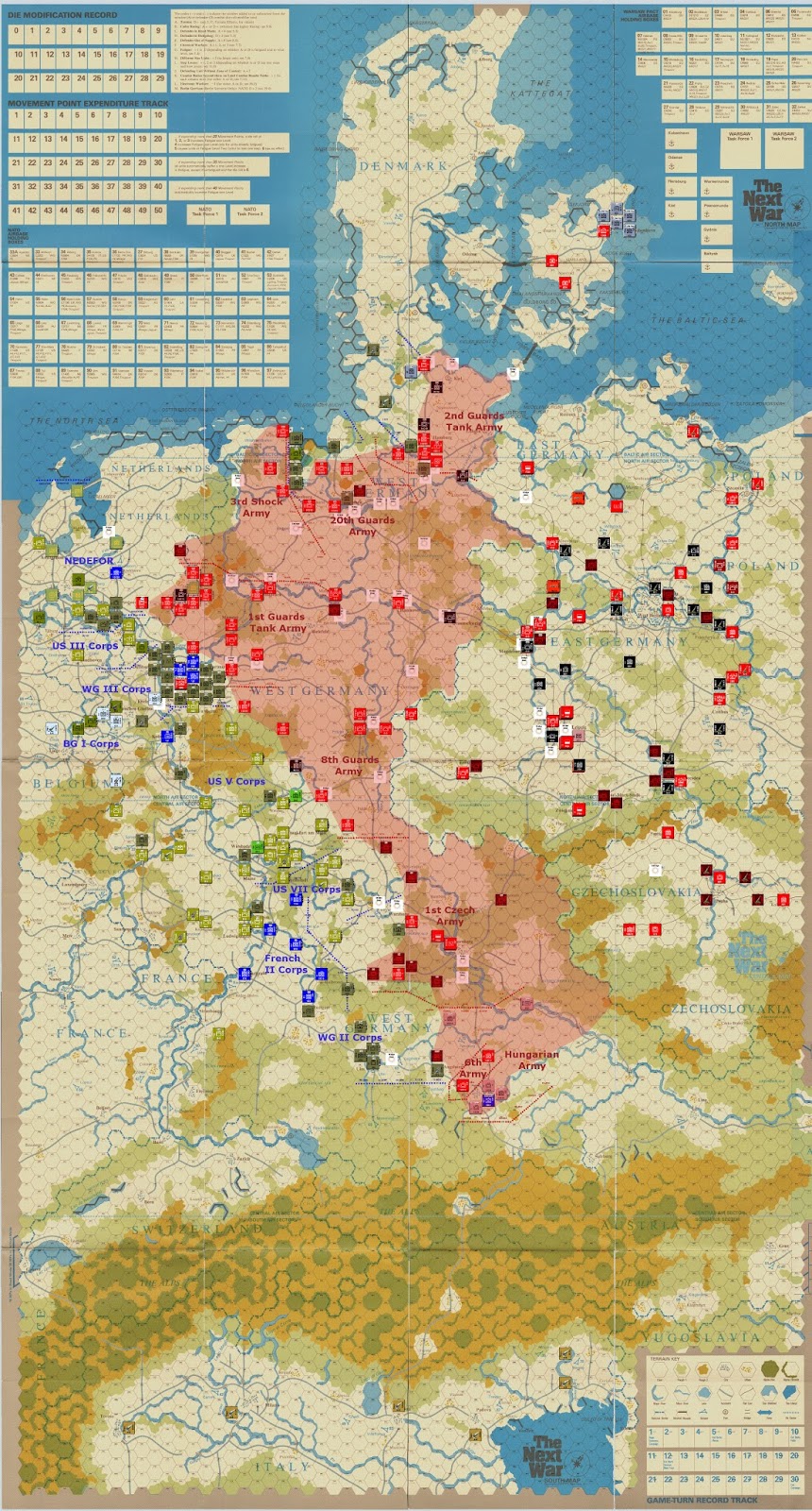