What follow is an After Action Report of a playtest session for 1985: Deadly Northern Lights Scenario One, titled "The Gates of Fire". I will not enter in detailed explanations of rules or combat mechanics, as I would like to keep the narration flowing and short.

The scenario covers the Soviet offensive in Northern Norway during the first 10 days of war. Both NATO and Warsaw Pact have only a fraction of the ground forces normally available in Central Europe, and similar problems for moving them where needed. The real fight is in the sky and at sea.

More detailed info on 1985:DNL can be found at the TRLGames official page.

Note: Click on the pictures to see them full-size!

The Gates Of Fire

For the second time during the century, Norway finds itself at the margins of a conflict for the control of Europe. Once again, ports and airfields along its never-ending coast are a primary strategic objective, allowing to cut or protect NATO's jugular vein: the North Atlantic line of communication.

Orders for Soviet Northern Fleet and Murmansk Front are to take control of Norwegian airfields and ports and use them whenever possible to move forward the supplies needed by 6th Combined Army, the ground element of the offensive. 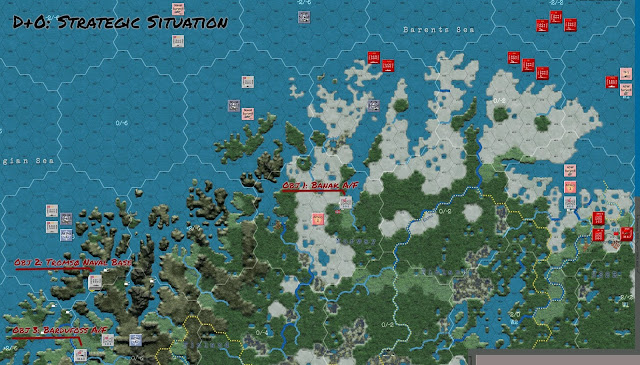 The weak Sør-Varanger Garrison Battalion is no match for Soviet 6th Combined Army and it's easily overran. Despite that, its main tasks are accomplished: slow down enemy advance and destroy key bridges near the border. 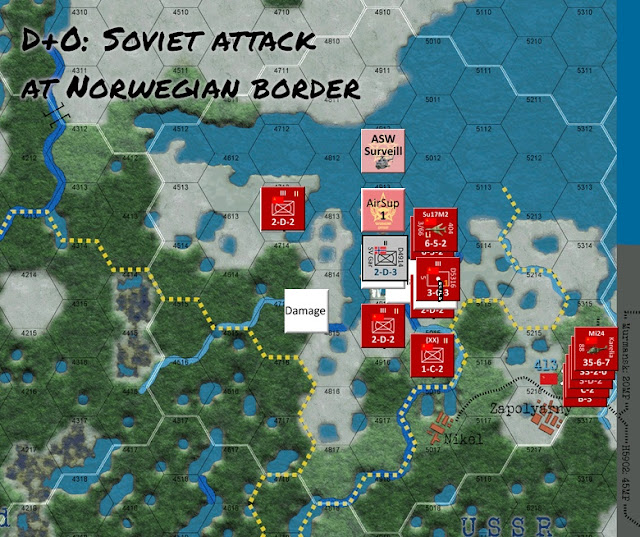 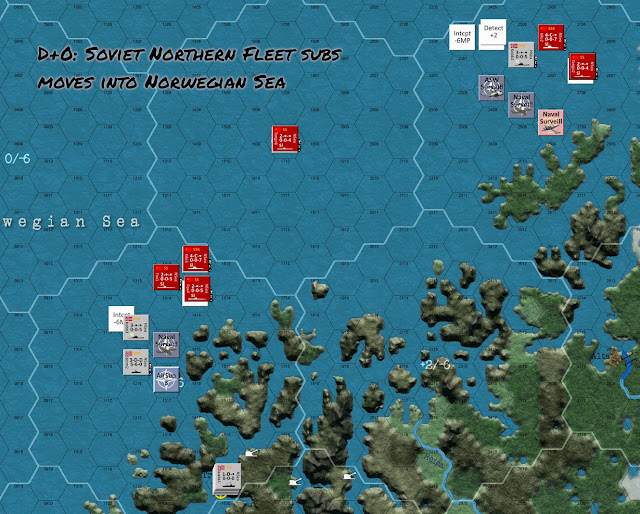 Submarines are followed by part of Soviet Northern Fleet, transporting 61st Marine Brigade and several days of combat supply.
Two RAF Buccaneer Squadrons take off from Northern Scotland to attack the Soviet Task Force. They are intercepted by Soviet Su27 supported by ECM, but the attack is fended off by Norwegian F-16 patrolling the area. 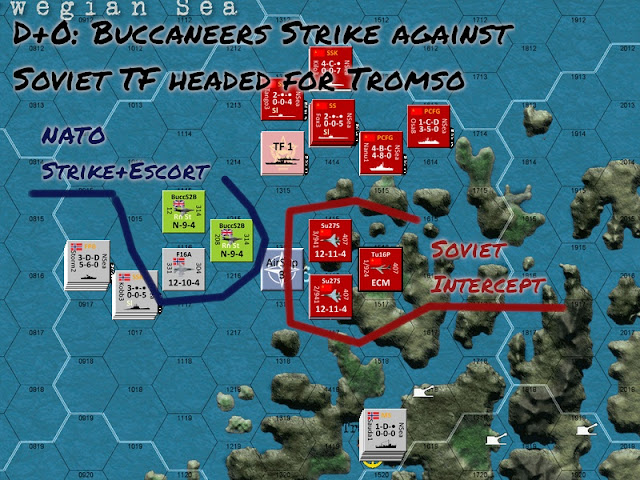 RAF Buccaneers launch a Stand-Off attack on the Soviet Fleet, inflicting some losses to the transport ships and to the Marines embarked. 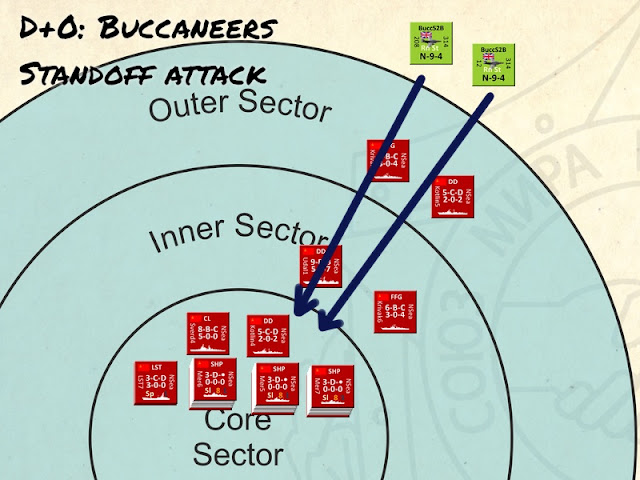 Despite this success, the situation at dawn of D+1 is not good for NATO. Banak Airfield has been captured by a Soviet Paratroops Battalion, and Soviet 61st Marine Brigade debarked 30km North of Bardufoss Airfield. 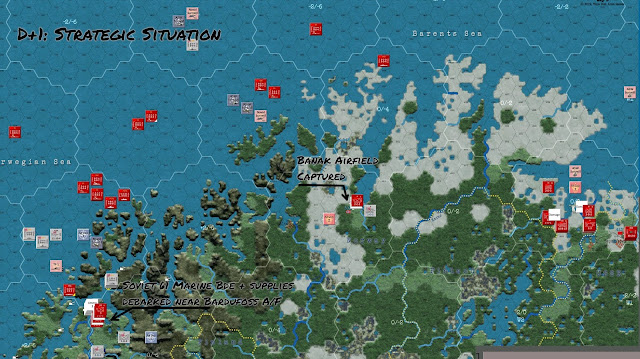 With time running out, NATO Commander takes a risky decision. The UK/NL Amhibious Force is not going to wait for its Dutch component, but will sail immediately for Tromsø in three different Task Forces.

Soviet Naval Aviation was hoping for this chance. Two Regiments of Tu22 Backfire and Tu16 Bear with heavy escort successfully intercept the Transport Task Force, and the weak NATO air cover is not able to drove them off.
The resulting Stand-Off attack is a carnage for the British transports, with hundreds of Marines drowned in the icy waters. 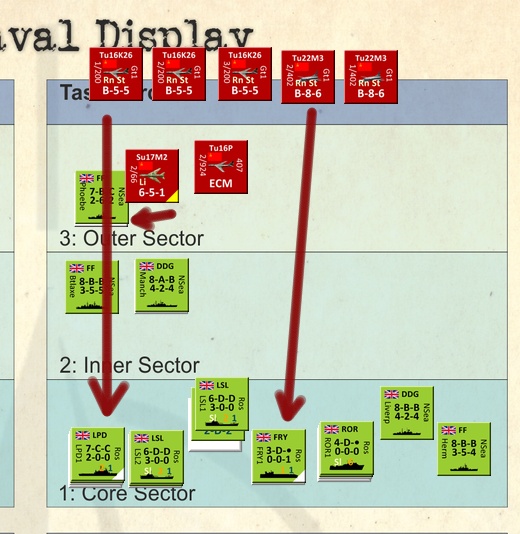 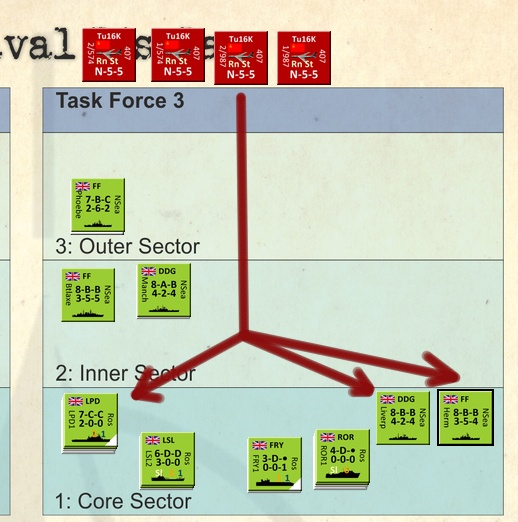 The following day, RAF seeks revenge against the Soviet Task Force and successfully intercepts before it leaves the area. The ensuing Stand-Off attack damages two Soviet Destroyers of Krivak and Kotlin class. 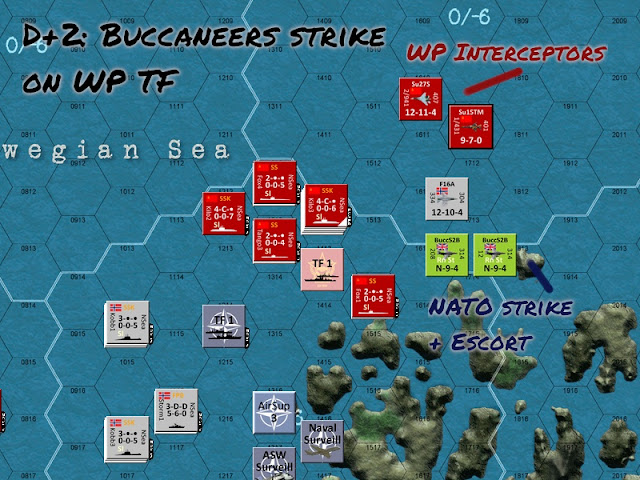 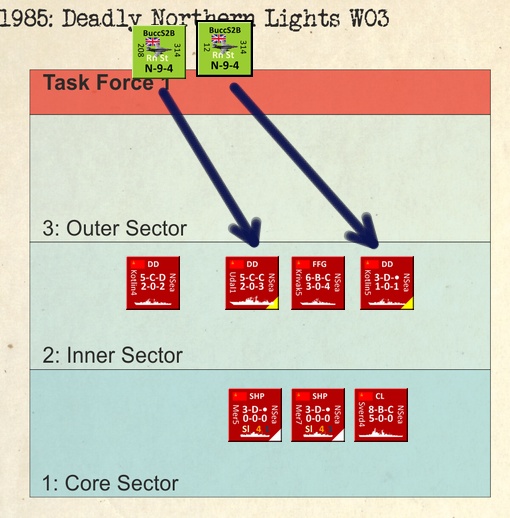 Taking advantage from the absence of NATO Air Superiority, worn out by previous combats, a Soviet Paratroops Battalion is airdropped East of Tromsø. 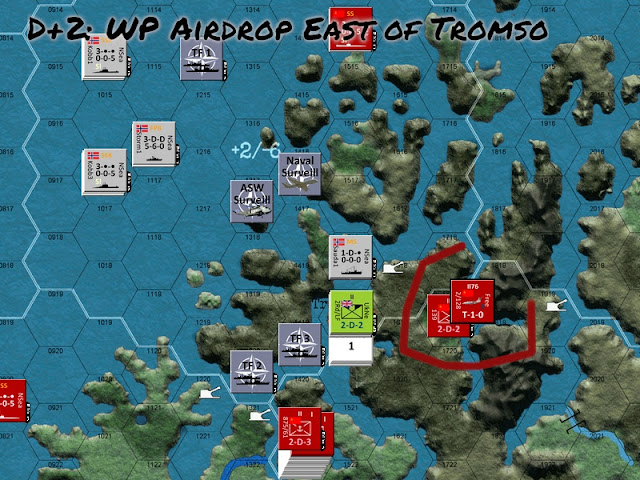 Having reorganized after debarking, Soviet 61st Marine Brigade assaults Bardufoss Airfield. A preliminary SEAD Mission successfully suppress most of NATO AA batteries, and is followed by a full strength attack with heavy air support. After 20 hours of combat, NATO garrison is forced to surrender. 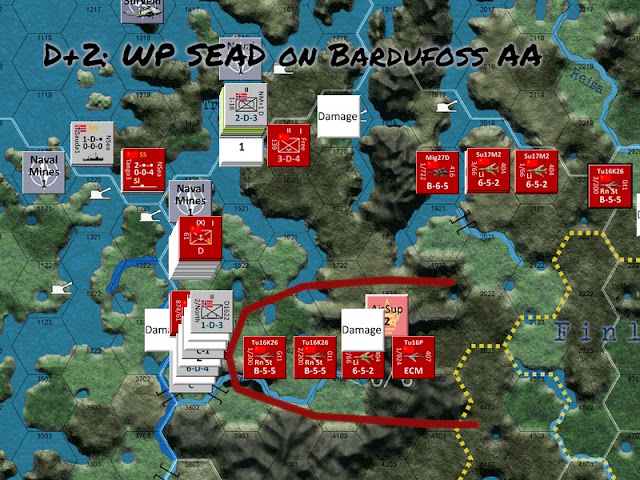 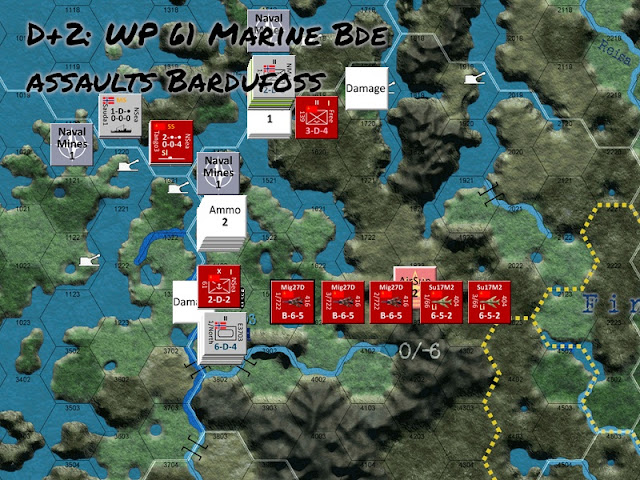 At nightfall of D+2, NATO situation is further deteriorated.

The arrival of US CVBG Forrestal is more than welcomed by NATO. US  and UK Squadrons immediately launch a strike against a Soviet Task Force that finished unloading supplies at Banak Airfield. F-14 squadrons inflict heavy losses to the Soviet interceptors, and the combined Strike sinks more enemy merchant ships. 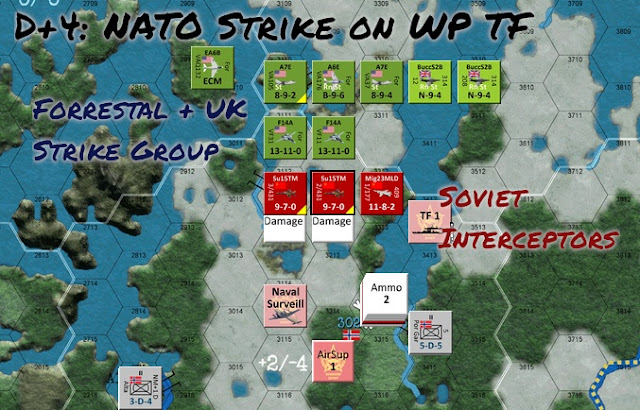 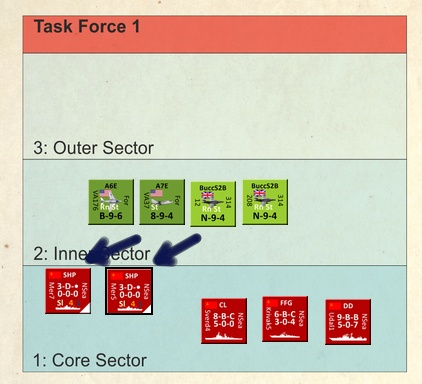 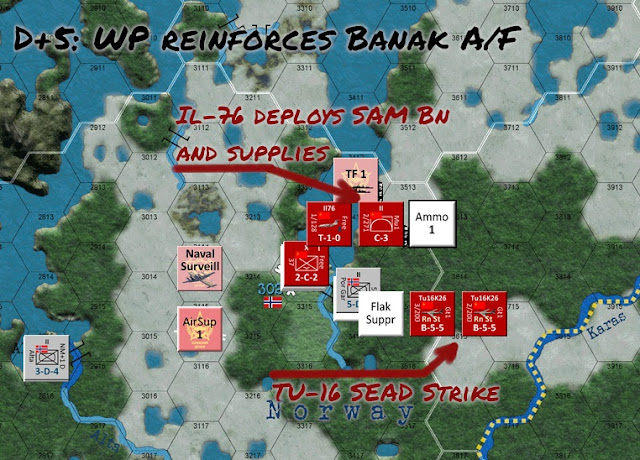 Banak Airfield also allows to deploy Soviet helicopters forward, and to transport a Spetsnaz Battalion just South of the town of Alta. In the ensuing assault, supported by Mi-24 helicopters and Mig-27 Fighter-Bombers, Soviet special forces capture the town. 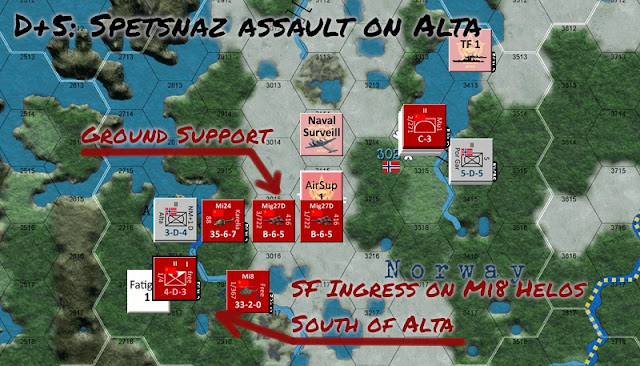 The situation at the end of D+6:

I've called it a day at the end of Turn 4, as NATO has no more chances to change the final verdict: Warsaw Pact Substantial Victory.

NATO made several critical errors right from the start, culminating in the disastrous deployment of UK/NL Amphibious Force. Warsaw Pact had his share of mistakes too, but differently from NATO he can afford some, at least in this scenario.

Next AAR: The Prize, Warsaw Pact surprise attack on Stockholm!